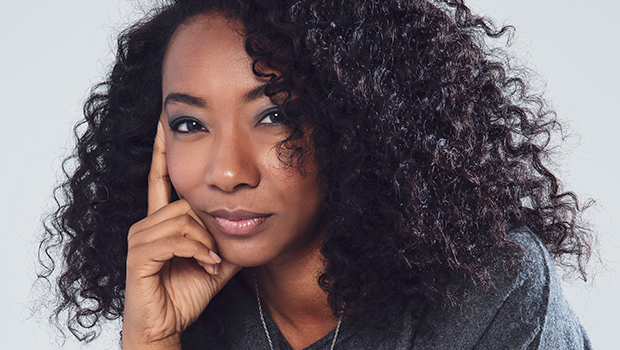 Betty Gabriel reflects on her monumental role as Georgina in Jordan Peele’s award-winning ‘Get Out,’ and reveals how she prepped for the creepy role!

As new the first-look of Jordan Peele’s follow up to his spectacular directorial-debut Get Out are released, Betty Gabriel reveals how she prepared for her wild role as Georgina in the award-winning thriller. On the HollywoodLife podcast, Betty reflected on a role she calls ‘bizarre,’ yet admitted she had ‘fun’ playing. “It’s kind of strange to say and maybe I’m having fonder thoughts of it given time away from it, but I had a lot of fun preparing for her and creating her because it was such a bizarre concept to me,” Betty revealed in an EXCLUSIVE interview. “It allowed me to just explore her in a offbeat kind of way. I just had a lot of fun with her. I’ve said this in other interviews. I watched Bride of Frankenstein and a lot of old horror movies.”

Now, if you haven’t seen Get Out, first of all — GO WATCH IT NOW — and second, here’s the synopsis. Betty plays the Armitage Estate’s housekeeper Georgina, who we later find out has been morphed into the Armitage matriarch, Marianne Armitage, through the family’s bizarre habit of transplanting the brains of white people into black bodies. “I just kind of lived in a very fantastical place with her. It’s such a strange thing to say, but, yeah, she was a very romantic person to me. She loved this person that she was merging with,” Betty said, describing her character. “The primary part of her is the grandmother. The other part of her — who she was before — that was the less fun part of the process.”

Betty also revealed that she had to choose between Get Out and another role, calling it a “disaster” to make the decision. “I’m probably never going to get a role like that again. That was one of the main reasons why I chose it. I had to choose. I had to make the choice in the first time in my career between that and another job,” she said on the podcast. ” It sucked. It was great, but it sucked. Because the other job was a really great job.”

“At the time that I had to make that choice, I didn’t think, ‘I’m going to go to the Oscars with this.’ No, I didn’t think that at all. I thought, ‘This could not work, actually. This could actually be a disaster,’” she continued. But, it wasn’t only the storyline and characters that drew Betty to the role — it was brilliant director/creator Jordan Peele. “Just auditioning for him, just that put me on cloud nine. To be apart of his first directorial project, it’s crazy. It’s something that will always be special to me,” she enthused. You can listen to the full interview on the HollywoodLife podcast, here!