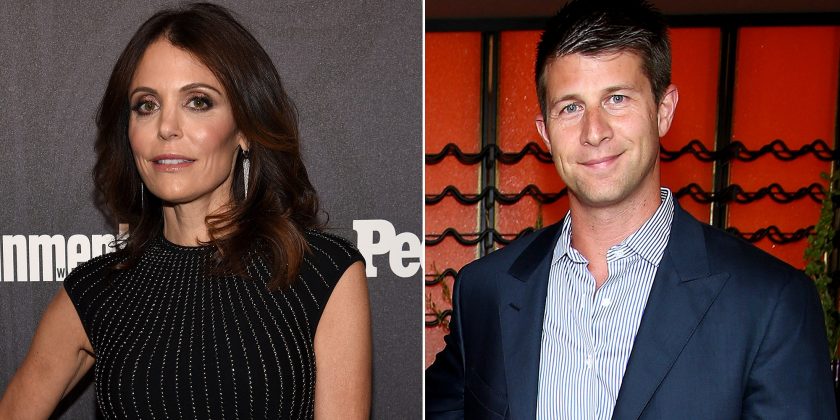 Enjoying life. Bethenny Frankel and her boyfriend, Paul Bernon, celebrated her good health by going on a holiday “healing retreat.” The couple shared pictures from the tropical getaway on social media, making their relationship Instagram official in the process, as well.

The Real Housewives of New York City star, 48, uploaded two photos — one of herself and her beau enjoying drinks while overlooking the beach and another of the pair cuddled up for a selfie — on Instagram on Tuesday, December 25.

Less than two weeks ago, the Skinnygirl founder nearly died after having a severe allergic reaction to fish she accidentally ingested. She explained at the time, “I have rare fish allergy. Sun, I had soup, itched & was unconscious for 15 mins then to ER & ICU for 2 days w BP of 60/40. I couldn’t talk, see, thought I had a stroke & dying & told if 5 mins later I’d be dead. 911 & EPI saved me. I’ll never not carry an #epipen @newtonwellesley xo.”

Frankel later told a fan that her boyfriend is the reason she’s still here today. “I was with someone who went to get me a @Benadryl & returned & I was unconscious,” she said. “He managed to call 911 & get pill down my throat w water. He saved my life.”

After recovering from the scary allergic reaction, the RHONY star promised to start wearing a medical ID bracelet to alert people of her allergy and donate EpiPens to those in need.

Bernon and Frankel were first linked in October after they were spotted kissing in New York City. The coupling came less than two months after the reality star’s on-again, off-again boyfriend Dennis Shields died from an apparent drug overdose.

“I’m just happy to see her holding hands with somebody,” RHONY costar Sonja Morgan told Us Weekly exclusively shortly after the Bethenny Ever After alum started dating Bernon. “I don’t want her to be alone, and being a divorced mom, it’s hard, because you’re there for your kid 100 percent or let’s say 99 percent, and then the other 1 percent of your time, you should have someone.”

Frankel was married to ex-husband Jason Hoppy from 2010 to 2016 and the pair share 8-year-old daughter Bryn.