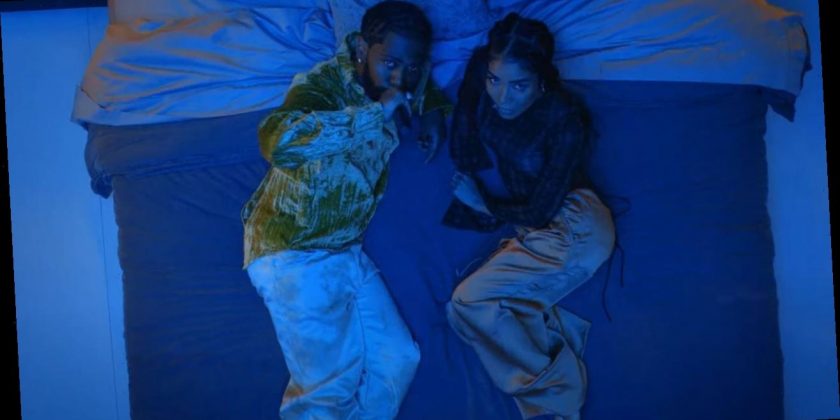 Feel the music! The BET Hip Hop Awards kicked off Tuesday night, and fans got a chance to see some of the biggest names in the genre perform their hottest hits.

ET is following along throughout the night to round up all the incredible appearances.

Here’s a look at all the night’s performances — starting with the act that opened the show.

King @Cordae came through with the bars to let y'all know he got the freestyle heat too 🔥🔥🔥#HipHopAwardspic.twitter.com/Qymv1AS5sO

Cordae kicked off the show with a powerful message about social injustice and the need to have your voice heard through your vote.

Lil Baby and 42 Dugg delivered the first big number of the night — complete with scaffolding, back-up dancers and flaming pyrotechnics — for their performance of “We Paid.”

The City Girls got fierce for their performance, rocking skin tight cat suits for a racy performance of “Kitty Talk” and a commanding delivery of “Jobs.”

For his part, Tobe Nwigwe delivered two next-level performances of “Try Jesus” and “Eat” that evoked his visually stunning music videos and raised the bar for the night.

In one of the night’s most powerful cross-genre performances, Burna Boy teamed up with Chris Martin for their politically charged track, “Monsters You Made.”

Ty Dolla $ign joined up with Big Sean and Jhene Aiko for a memorable performance of “Body Language,” that saw real-life love birds Big Sean and Aiko pack on the PDA on a bed, surrounded by rolling, ethereal smoke and fog.

In terms of nominations, DaBaby leads the pack with 12, followed by Roddy Ricch with 11. Megan Thee Stallion — who opened the show last year — is tied with Drake as the third most nominated artist with 8 nods. Check out this year’s complete winners list to see who walked away with awards.

This year’s BET Hip Hop Awards come just a few months after the BET Awards aired back in June, as one of the first award shows to take place during the coronavirus pandemic.

Check out the video below for a look at this year’s star-studded BET Awards.

BET Awards 2020: Best and Biggest Moments of the Night

BET Awards 2020: Best and Biggest Moments of the Night