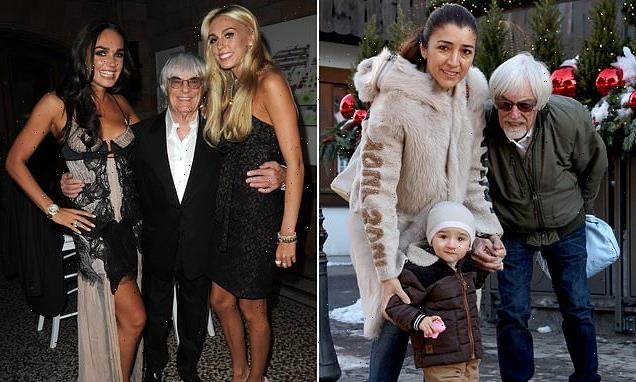 Bernie Ecclestone’s boy is growing up so fast: Formula1 mogul takes wife and son for festive meal in Swiss Alps

Wrapped up in warm winter gear, Bernie Ecclestone’s son takes a few tottering steps on the icy pavement at a resort in the Swiss Alps.

The former F1 boss, 91, and his Brazilian wife Fabiana Flosi, 44, posed for pictures with their one-year-old boy Ace in Gstaad.

The family went for lunch at the 17th century four-star Hotel Olden, which is owned by Ecclestone. 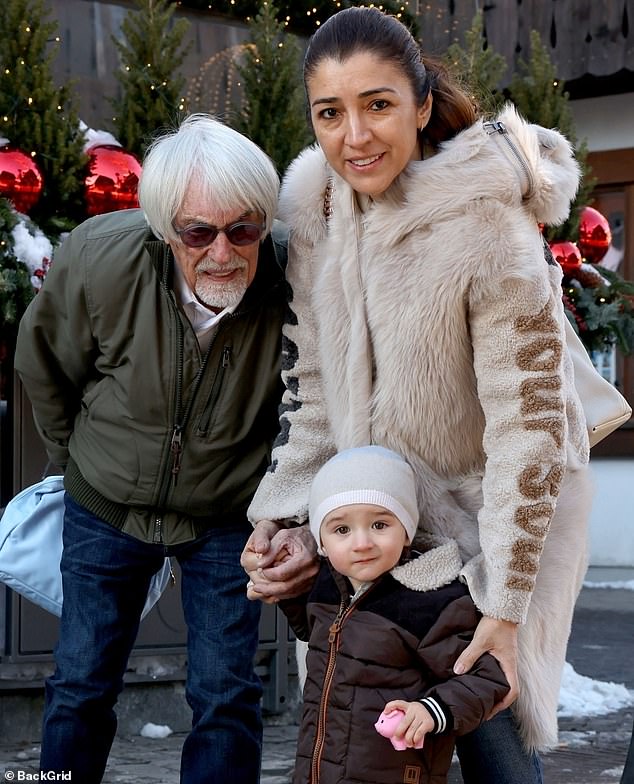 The former F1 boss, 91, and his Brazilian wife Fabiana Flosi, 44, posed for pictures with their one-year-old boy Ace in Gstaad

The businessman, who is worth an estimated £2.5billion, moved to Gstaad in 1990.

In her 2017 reality TV show, his daughter Tamara claimed he even bought a mountain in the resort.

She told viewers of ITVBe’s Tamara’s World: ‘Glacier 3000 is my Dad’s mountain. He liked the mountain so he bought it.’

The tycoon has another daughter – Petra – from his marriage to Slavica Ecclestone.

Ecclestone and Fabiana met in 2009 and married in 2012, three years after he divorced his second wife Slavica, to whom he was married for 24 years.