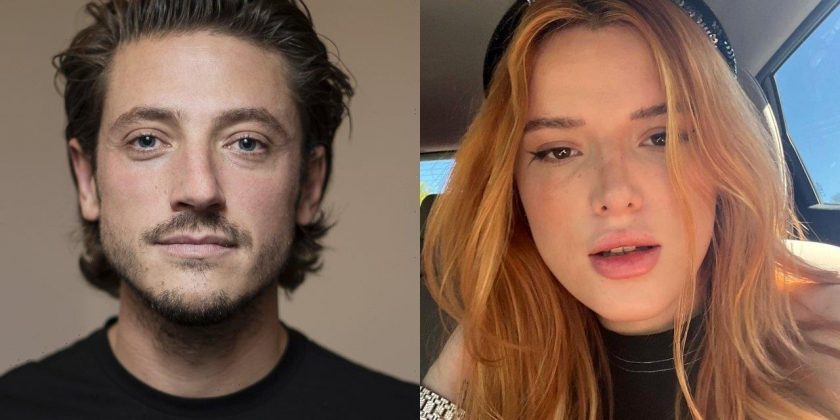 Before being an item with Mark, the ‘Midnight Sun’ actress was linked romantically to Ryan Eggol after they were seen together at The Surf Lodge in Montauk, New York.

AceShowbiz –Bella Thorne is no longer a single woman. If a new report is to be believed, the “Shake It Up” alum is currently dating “Bad Vegan” producer Mark Emms after she and Benjamin Mascolo called off their engagement.

Revealing the relationship status between Bella and Mark was PEOPLE. “It’s new, and they’re having fun,” a source close to the alleged couple told the outlet. “They’ve been dating for about a month.”

In August, Daily Mail reported that Bella and Mark were spotted kissing during a yacht trip to Mykonos, Greece. Meanwhile, earlier this week, the pair were seen at Universal Studios’ Halloween Horror Nights with their pals. An eyewitness told PEOPLE that Bella was seen “dancing to The Weeknd’s music as she navigated a maze.”

Bella and Benjamin ended their engagement after one year, with the latter seemingly confirming their split in an Instagram post shared on June 2. Talking about meeting “the most beautiful human being,” he added, “That day my life changed forever, and I’m deeply grateful for every single moment we shared together since. It’s been a truly humbling experience to grow with her on my side.”

“Through this person I have learned what unconditional love means, something only my parents blessed me with growing up and I’d not been able to fully open up to again and accept in my adult life before meeting her,” the Italian singer, who proposed to the OnlyFans star in March 2021, continued. “I remember one of the first things she told me when we started dating, something so simple but profound it rewired the inside of my brain and soul.”

“Only God know how many hearts I’ve broken and how many people I’ve hurt selfishly following my ego, of all the things I could and should do better, and of that I take full responsibility, for all my sins and mistakes – but I know now it was all part of a bigger plan that guided to where I am today,” he continued. “I am now ready for a new chapter of my life and have complete faith in what is meant to be, I choose the path of truth above all.”

One month later, Bella was linked romantically to Ryan Eggol after they were seen together at The Surf Lodge in Montauk, New York. Sources further told Page Six that they showed up at the hotel and restaurant for a dinner to celebrate Rosario Dawson‘s Aqua x Studio 189 collaboration with Bloomingdale’s.

However, the “Midnight Sun” actress and the “New Amsterdam” star reportedly never actually made it to their seats. An insider revealed to the outlet, “They were outside together roaming around for cocktails.”