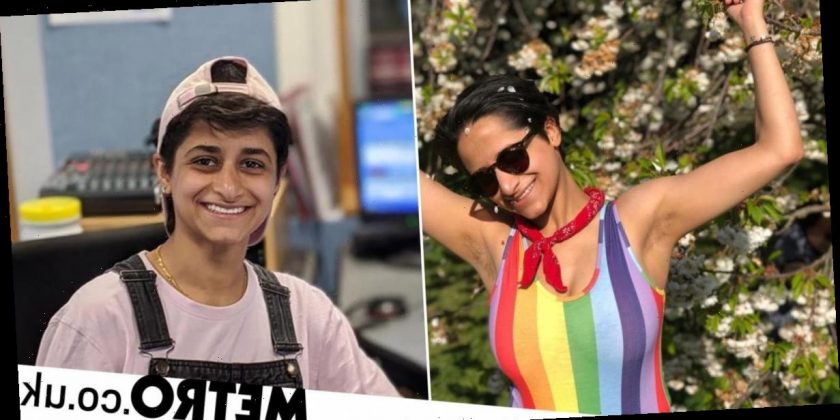 The BBC Radio Wiltshire presenter said they ‘don’t identify with being a man or woman’ during their programme on Monday, as part of a Pride special.

They explained: ‘Coming out is something a lot of us feel like we should do, and it isn’t just a one time thing either.

Kicking off with Diana Ross classic I’m Coming Out then playing a track by Sam Smith – who is also non-binary – Shivani told their listeners: ‘Non-binary actually means a lot of different things to different people.

‘For me, it just means I don’t identify with being a man or woman. I’m sort of outside those two options – I’m just a person.’

Serving you gay cowboy realness. Any excuse to bring out these pics from #pride last year. Swipe to see my adoring fans 🌈 🤠

‘You know what I said about coming out over and over again? I just did it.’

Shivani, who is bisexual, released a statement after the show saying: ‘In coming out so publicly I hope to show other non-binary people that they should be proud to embrace who they are.’

They added that they ‘hope to empower’ other BAME LGBTQ+ people who are ‘an unheard minority in the queer community’.