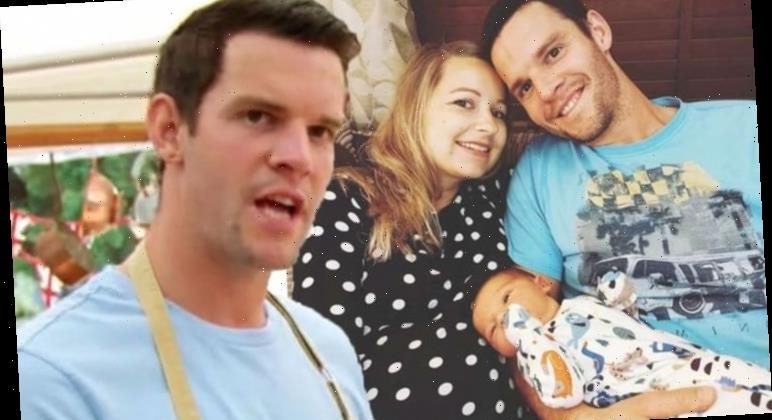 GBBO: Dave Friday proposes to his girlfriend on Extra Slice

Dave Friday reached the final of The Great British Bake Off 2020 in scenes that aired last month. However, the amateur baker missed out on the trophy thanks to Peter Sawkins.

My midwife basically saved my life, because she acted so quickly

While the drama in the tent was broadcast on Channel 4, the reality star was facing his own difficulties.

Dave’s now fiancée Stacey Valentine was diagnosed with sepsis shortly after their birth of their first child.

The couple, who got engaged just weeks ago live on TV, welcomed baby boy Ronnie in October.

However, the star’s other half had to remain in hospital while her newborn child returned home with him. 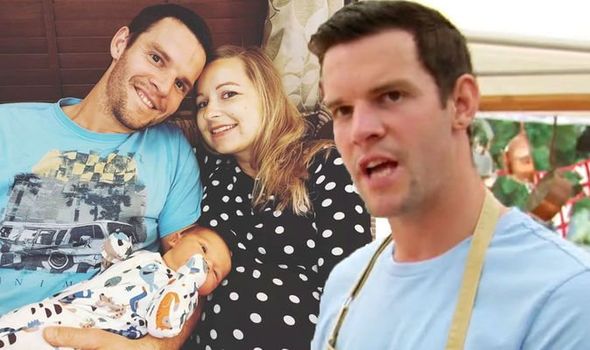 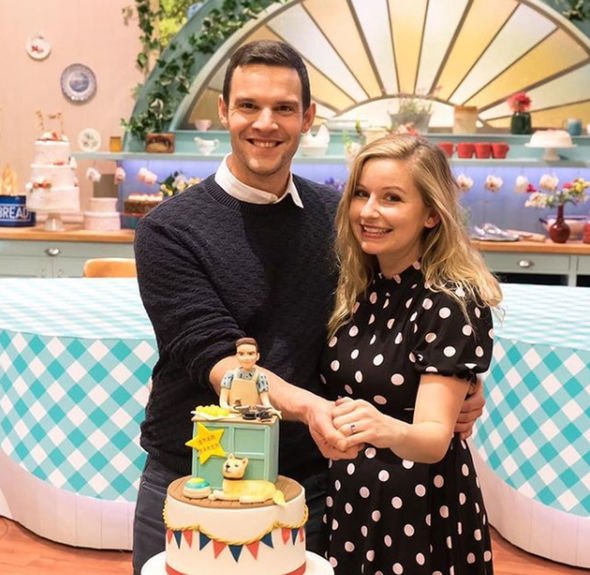 Maternal sepsis is a severe bacterial infection, usually of the uterus, which can occur in pregnant women or more commonly, in the days following childbirth.

According to the NHS, it occurs when your immune system overreacts to an infection and starts to damage your body’s own tissues and organs.

You cannot catch sepsis from another person.

Dave and Stacey spoke out on what happened in a new interview in this week’s OK! Magazine. 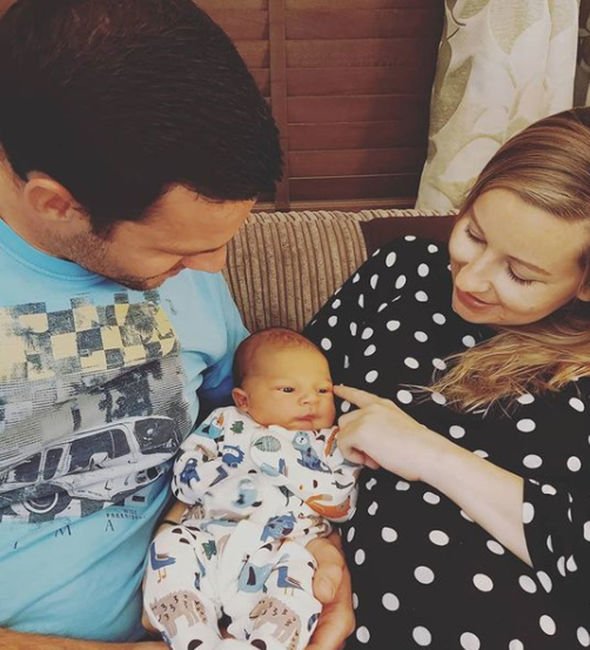 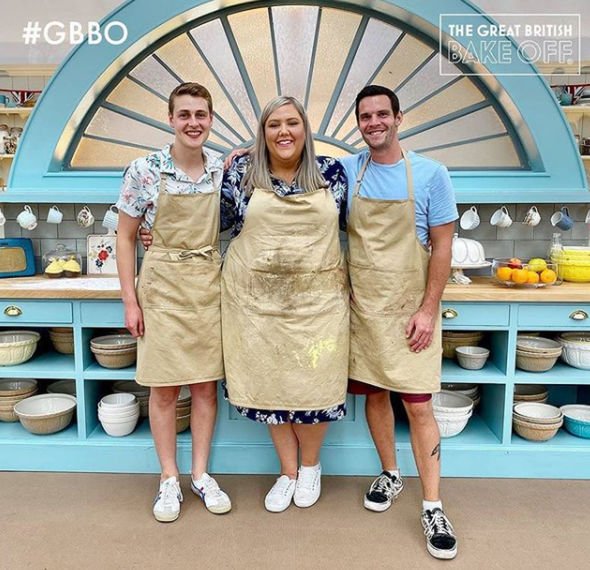 When asked how they had adjusted to parenthood, she said it was all going “really well”.

Stacey commented: “Dave had never held a newborn baby before and the midwife had to teach him how to change a nappy, because I was poorly in hospital initially.

Going into further details, she explained: “I ended up with sepsis. My blood pressure dropped and my temperature spiked while I was in labour.

“My midwife basically saved my life, because she acted so quickly.”

She said she was rushed “straight” to theatre and doctors “whipped Ronnie out”.

“I ended up being in hospital for a week,” she recalled.

“I had to watch Bake Off on my phone and Dave could only visit for three hours a day. All the midwives recognised him.”

“Even with a face mask on!” Dave quipped.

Stacey added: “The doctor who ended up delivering Ronnie is a massive Bake Off fan so she was really excited!”

Read the full interview in this week’s OK! Magazine.