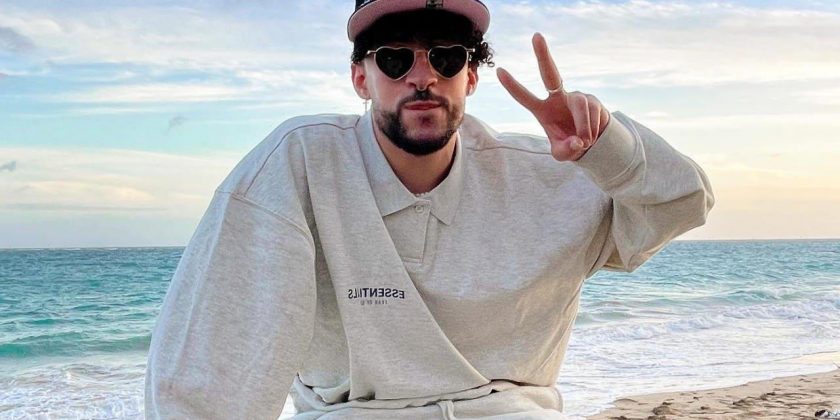 Fans have been speculating whether the ‘Un Verano Sin Ti’ star is coming out as bisexual at the award show after he passionately kisses his backup dancer on stage.

AceShowbiz –Bad Bunny has sparked chatter on social media over his racy stage act at this year’s MTV VMAs. When performing his song, the “Un Verano Sin Ti” artist kissed his male and female backup dancers.

On Sunday night, August 28, the “Dakiti” rapper successfully surprised the audience after he gave his dancers a big smooch. Taking the Yankee Stadium stage, the 28-year-old belted out his hit song “Titi Me Pregunto”. In between spitting the lyrics with energetic dance numbers, he leaned over to give his female backup dancer a kiss. Shortly after, he turned the other way and gave his male backup dancer the same sentiment.

His performance came immediately after he was named Artist of the Year, where he was up against Drake, Ed Sheeran, Harry Styles, Jack Harlow, Lil Nas X and Lizzo. He made history by being the first non-English-language performer to win the coveted prize.

As for that kiss, it’s sure to spark some speculation online. “Bi Bunny,” one person on Twitter reacted, with another echoing the same sentiment, “we love our Latin bi prince.” A third added, “He’s coming out.”

Others, however, slammed Bad Bunny for being a “queerbaiter,” with many liking him to One Direction‘s former member Harry. One person noted, “he and Harry need to stop queerbaiting.” A second person tweeted, “He: Harry Styles.”

Defending Bad Bunny, one Twitter user said, “Wtf is queerbaiting? Maybe he is what he is. He ain’t bothering me and i am a big ol gay. Just enjoy his art and keep it moving. If his art and/or lifestyle is not your thing, move on.” Another pointed out, “It’s only queer baiting when the person in question has stated that they aren’t queer. Anything else isn’t queer baiting. Leave him and Harry alone.”

While Bad Bunny has never openly discussed his sexuality in an overt way, he’s considered by some to be a queer icon. In a recent interview with Rolling Stone, Ricky Martin labeled him “an icon for the Latin queer community.”