Here comes the bride! Haley Ferguson and fiancé Oula Palve already have a few things picked out for their upcoming wedding — just days after they got engaged on Thursday, May 13.

Celebrities Who Got Engaged in 2021

The former Bachelor contestant, who competed for Ben Higgins’ heart on season 20 of the ABC dating series in 2016, teased her possible ceremony venue when announcing her engagement on social media on Sunday, May 16. The space, which is located in her hometown of Las Vegas, is where Palve, 29, proposed.

“This wedding venue was one I’ve been eyeing for a while now! And it’s a pretty popular place to get married here in Las Vegas so I wanted to take a look at it as soon as possible,” Ferguson, 28, exclusively told Us Weekly on Monday, May 17. “It’s not 100 percent sure that we will get married at that venue but it’s definitely in the running!” 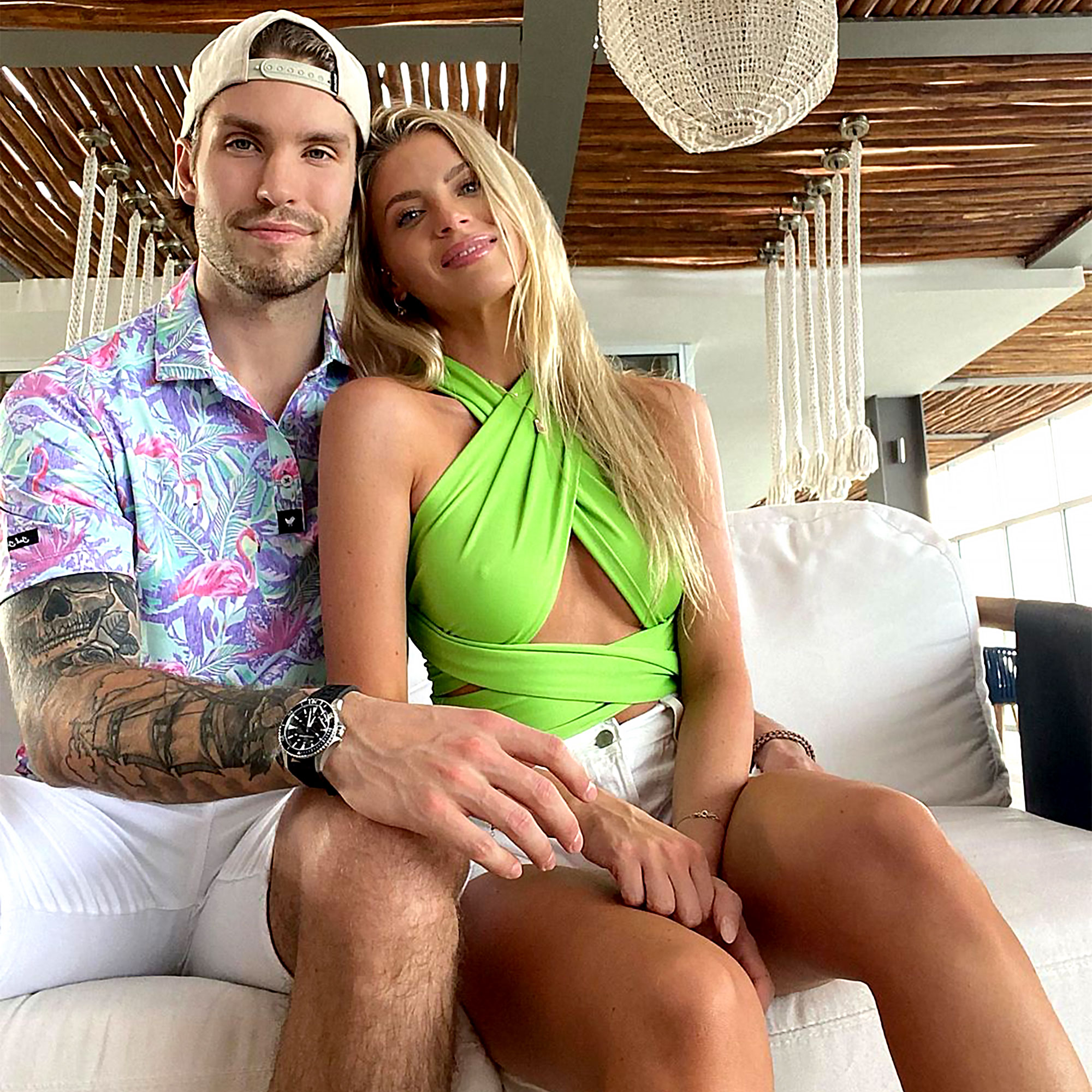 The “Twinning at Life” podcast cohost noted that the couple have a “few more” venues they want to tour before committing. They do, however, have a timeline as to when they’ll tie the knot. “The wedding will be summer of 2022. We have a special date in mind but won’t be sharing that,” she teased.

The Twins Happily Ever After alum revealed that there are a “few” people she wants to invite from Bachelor Nation but noted that her nuptials will “most likely be smaller and more intimate, so the guest list won’t be huge.”

Bachelor Nation Stars Who Found Love After the Show

The Nevada native, who became Instagram official with the hockey player in January 2020, told Us that she knew Palve was The One after her second trip to visit him.

“We had been talking since October 2019 and then I flew out to New York to spend Christmas with him and I knew that trip he was the type of guy you marry,” she said, confirming their romance began a few months before they went public. “He surprised me with tickets to The Lion King on Broadway and wined and dined me. He was so kind and thoughtful, and I just got to know who he was as a person.”

Ferguson said the duo became boyfriend and girlfriend in January 2020 and once the coronavirus pandemic quarantine began a few months later, they moved in together and “grew closer as a couple.”

Since the Finland native is a professional athlete, Ferguson is ready to explore the world and travel with her future husband once they say I do.

Ben Higgins’ Season 20 of ‘The Bachelor’: Where Are They Now?

“I can’t wait to see what the future holds for us and where his hockey career will take us,” she said. “I also can’t wait to plan a wedding with him and celebrate with his family in Finland.”

The former reality star’s wedding isn’t the only thing her family is focusing on right now, however. Her twin sister, Emily Ferguson, is also getting married. Emily announced her engagement in December 2020 to hockey player William Karlsson.

“I’m just so thrilled that my twin sister and I get to share this part of our lives together,” Haley told Us on Monday. “How fun to be engaged around the same time and plan a wedding!”