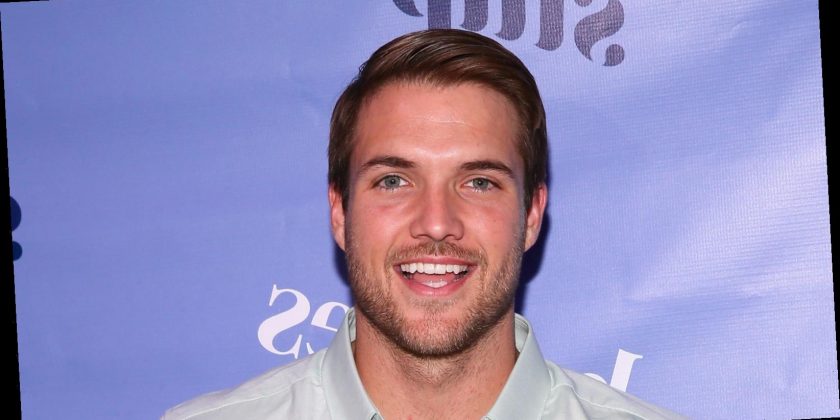 There’s nothing more romantic than a Christmas engagement, so for Bachelor Nation star Jordan Kimball, it was the perfect time to propose to his girlfriend Christina Creedon. Per Us Weekly, the couple was about to join Creedon’s family for mass on Christmas eve, when Kimball got down on one knee to pop the question.

Creedon told Us Weekly, “It’s the church that I actually, like, my entire family, grew up going there, so it was really special.”

Though Creedon certainly looked surprised in a touching video posted to Instagram, Kimball had been planning the moment for quite some time. Kimball worked with James Allen to design the perfect ring and described in an Instagram post selecting “every detail while smiling and nervously envisioning this moment.” The ring, which features 2.35 carats of diamonds, is also inscribed with “Miss Kimball” — a detail which, Kimball added, “really makes me burst with joy.”

The couple shared sweet love notes on social media when sharing the good news, with Kimball saying “I would bend my knee a million times to stand by you.” Creedon responded with her own heartfelt missive saying, “I am amazed every day by you and your unconditional love and thoughtfulness. I’ve never been more excited for the future.”

Per People, Jordan Kimball first appeared on Season 14 of The Bachelorette in 2018, starring Becca Kufrin as the leading lady. He later returned to Bachelor Nation for Season 5 of Bachelor in Paradise, where he became engaged to Jenna Cooper. The engagement was broken off after the 2018 finale, amid allegations of dishonesty and text messages to another man, which allegedly came from Cooper’s phone.

Kimball returned to the franchise once more in Season 6, but left after he got into a fight with fellow contestant, Christian Estrada (via Entertainment Tonight).

But Kimball is all smiles about his new engagement with Christina Cooper, whom he described as “the one” earlier in December on Us Weekly‘s Here for the Right Reasons podcast. “I think that Christina’s definitely the one. I have no doubts or reservations about that,” said Kimball. “She knows how I feel, and the world may know how I feel sooner than later.”

The world certainly knows now, and Creedon couldn’t be happier. She concluded her note on Instagram to Kimball with, “I will never not cry tears of pure, pure joy when I replay this moment. Here’s to absolutely forever by your side honey. I love you with my whole entire being,” and called it “the best day of her life” in her following post. Cheers to the happy couple!