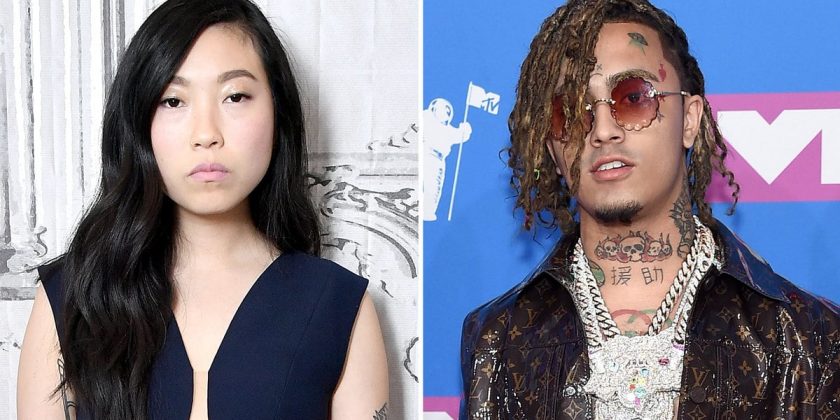 “Can we at least think of some more creative racist epithets?” the “Crazy Rich Asians” star said in a since-deleted tweet.

Awkwafina is one of the many people slamming rapper Lil Pump for using anti-Asian racial slurs in his new song "Butterfly Doors."

Lil Pump, whose real name is Gazzy Garcia, posted a preview of his upcoming track to Instagram and Twitter on Sunday.

In the video, he twice stretches his eyes sideways while delivering offensive lines such as "ching chong" and makes references to other negative racial stereotypes.

Awkwafina, who is of Chinese and Korean descent, called out Lil Pump in a since-deleted tweet, according to XXL.

"Always nice to hear a new song with a Ching Chong adlib," she wrote. "Guess it’s better than ‘eyes chink’ like some other verses I’ve heard. But can we at least think of some more creative racist epithets? @lilpump."

Although the clip has been up for a couple days and Twitter has marked the material as sensitive, Lil Pump has yet to comment on the racial remarks or take down the video. (TooFab has reached out to Pump for comment.)

People on Twitter were angered by Lil Pump’s lyrics and inappropriate gestures.

"I was your one of Chinese fans," a user wrote. "When I heard you R a racist and said ching chong, I’m so so DISPPOINTED [sic].

"Damn, Lil Pump was kinda riding that beat until he had to go and drop that Ching Chong," another person wrote.

Check out some reactions below.

Got a story or a tip for us? Email TooFab editors at [email protected]

View Photos
2019 Golden Globe Nominations in Pictures: Who Got Love?