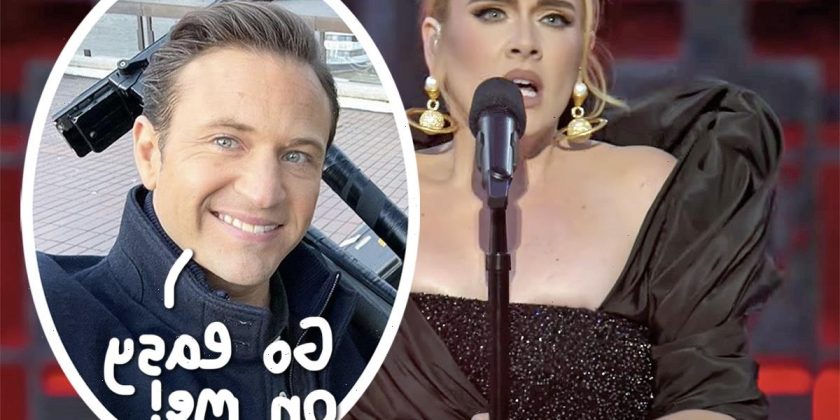 Matt Doran landed one of the most exclusive interviews ever — but one mix-up may have cost him his job!

The Weekend Sunrise host was suspended for TWO weeks earlier this month after admitting he hadn’t listened to Adele’s new album, 30, during an exclusive interview with the singer ahead of its release. According to reports, the Channel 7 journalist flew from Australia to London on November 4 for an exclusive interview with the 33-year-old but supposedly offended the f**k out of her with the way he handled the chat.

Per The Daily Telegraph, during the extended conversation, Doran didn’t ask any questions about the singer’s new album, which is of course was what she was there trying to promote. According to sources, Adele then asked Matt:

“What do you think of my album?”

To which he replied:

“I haven’t listened to it.”

Uhhh, not what you should say when interviewing a megastar about the piece of art they just put their blood, sweat, and tears into! No wonder she was upset!

Seven insiders then told the outlet that the Easy On Me vocalist bailed on the interview, walking away after the reporter made the confession. But other sources claim that’s not what happened, arguing that the interview had already finished. The 37-year-old was back on air Saturday after his suspension concluded. It’s unclear if an investigation into his actions was done ahead of his forced hiatus.

The network supposedly paid $1 million to snag the interview, which included rights to Oprah Winfrey’s One Night Only interview and concert. So it was a BIG deal and should have been a huge success for the network. Now? It’s not even being allowed on-air!!

Although the interview was recorded, Adele’s label Sony has reportedly denied Channel 7 rights to air any portion of it. It’s unclear exactly why, unless the vocalist was pissed off with how things went down or something worse happened behind the scenes. In the wake of his colossal mistake making headlines, Matt has now revealed that he is “mortified” with how things have turned out, telling E! News he’s “devastated that fans are being denied this interview.”

The TV host also claimed that he didn’t purposefully neglect to listen to the new tunes, but didn’t know he had access to the unreleased music, explaining:

“When I sat down to interview Adele, I was honestly unaware that I’d been emailed a preview of her unreleased album. I later discovered it was sent to me as an ‘e card’ link after we landed in London on the day prior to the interview. In my lengthy phone discussions with Sony reps in advance, I was never told a preview copy was being made available.”

“It was an oversight. But NOT a deliberate snub. This is the most important email I have ever missed, and I am mortified and unequivocally apologetic.”

Always check your emails, folks! Including that Promotions tab! LOLz!

There are a lot more “incorrect” facts swirling online, too, Matt contends:

“To suggest that the interview was disrespectful — or that Adele walked out — is incorrect. In fact, it ran well over time, and we had a great rapport. Adele was hilarious, engaging, generous, honest, and profound. For the record, I never said, ‘I haven’t listened to your album.’ I said, ‘I’ve only had the privilege of hearing ‘Easy On Me,’ and already it sounds like you’ve produced something extraordinary.’”

Lastly, the Aussie insisted that much of the conversation revolved around 30, even though he hadn’t listened to it yet, sharing:

“As part of a long discussion (over 50 percent of the interview at a guess) specifically about the new album, I remark that it would be reductive to say it’s about heartbreak and divorce; instead, it’s about empowerment and hope, and the courage it takes to steer your life in a different direction.”

So… A completely different story than what we’ve heard from all those other sources. Hmm.

All this comes after British commentator Piers Morgan made far more scathing comments about the release, slamming the songwriter for including voice notes featuring her 9-year-old son Angelo and their private discussions about divorce. In a column for DailyMail.com, Morgan called the song My Little Love “shameful and hypocritical” after Adele’s former legal battles to protect Angelo’s privacy. Seems like 30 is getting a much better reception over here in the States!

Reactions, Perezcious readers?? Can U believe this TV host got suspended for not listening to the new music? Let us know in the comments (below)! 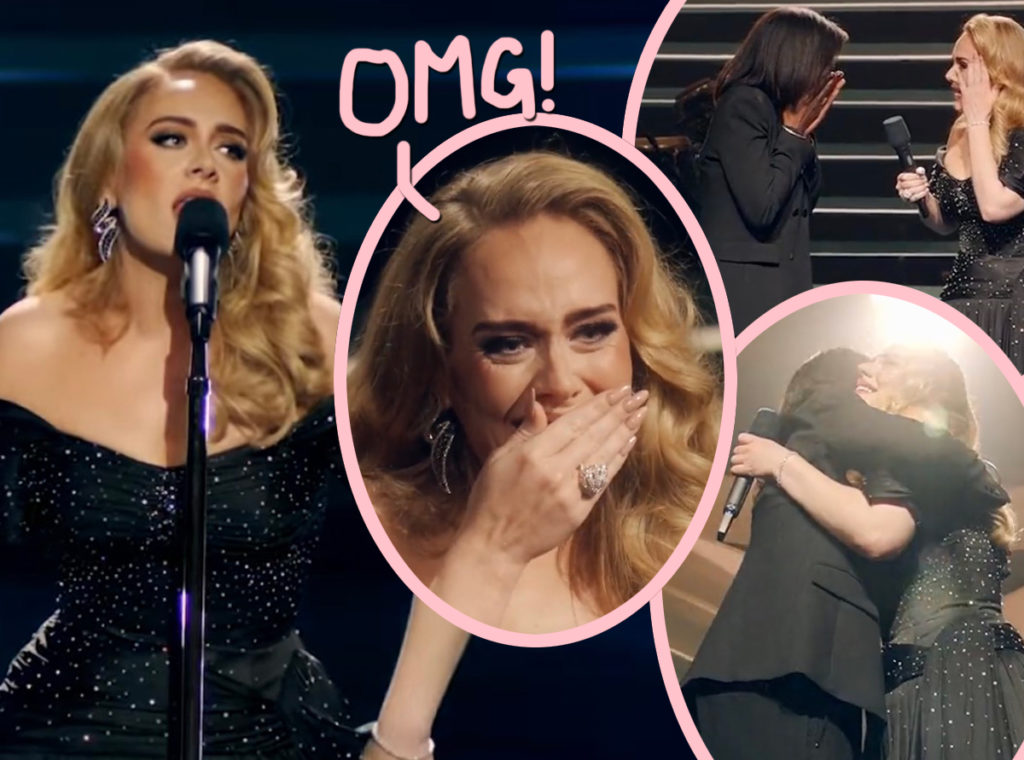 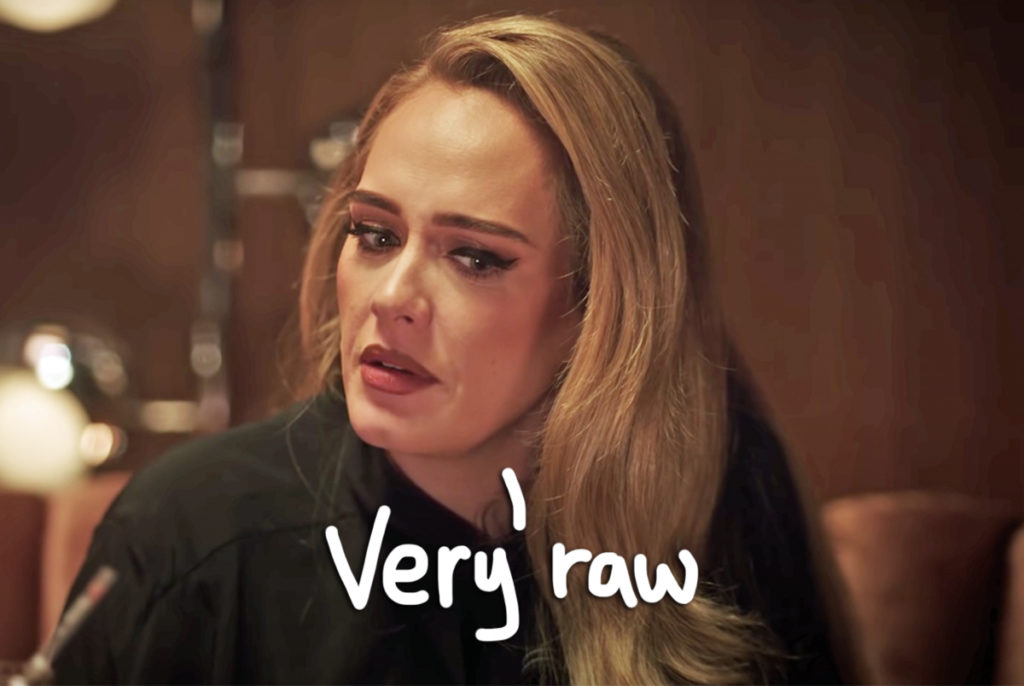 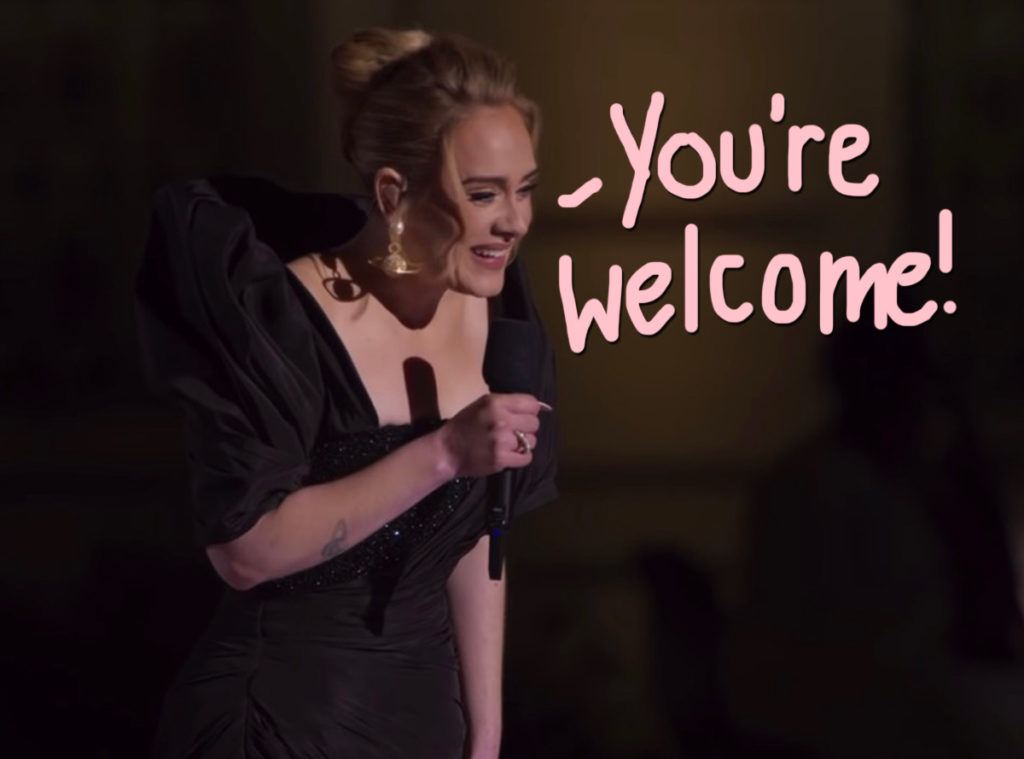