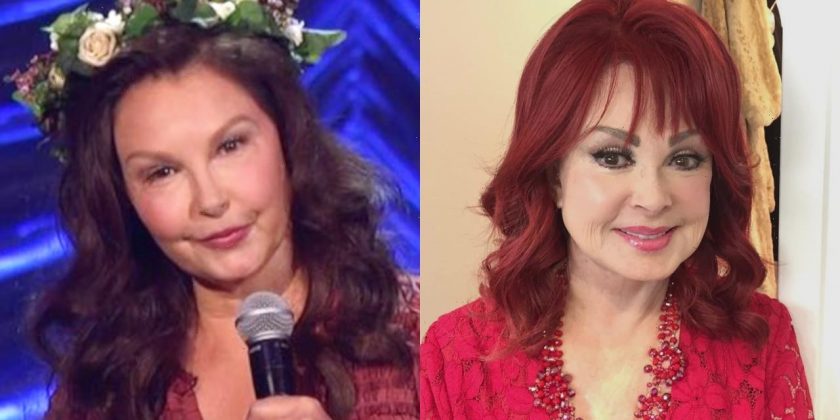 A new court petition seeking to block the release of the toxicology and autopsy reports of Naomi Judd reveals shocking details of the country queen’s suicide death in April.

AceShowbiz -New shocking details of Naomi Judd‘s suicide death have emerged. According to a new court petition, Ashley Judd was there with her mother during the late country music star’s harrowing final moment.

Ashley, her sister Wynonna Judd and step-dad Larry Strickland join forces in the fresh lawsuit against Williamson County and its sheriff to prevent the release of records related to Naomi’s death, Radar Online reports. In the petition, Ashley told a judge she found her mother alive and stayed by her side for 30 minutes after Naomi shot herself until help arrived.

Naomi’s family filed the petition on Friday, August 12. They seek to block the release of the toxicology and autopsy reports of Naomi, who shot herself in an upstairs room of her Tennessee farmhouse on April 30 after a long battle with her mental health.

The lawsuit reveals that cops from the Williamson County Sheriff’s Department recorded on bodycam interviews with Ashley at the scene, which the actress claimed wasn’t aware of. Some of the records they seek to block also include photographs and videos depicting her death, in addition to Ashley’s interviews.

“(The Judds) will suffer significant trauma and irreparable harm in the form of emotional distress, pain and mental anguish should these records be released,” attorney J. Michael Shipman II wrote in the suit. “Moreover, the release of these records would continue to cause the entire family personal and public pain for years to come as they would undoubtedly live in perpetuity on the internet.”

“The plaintiffs are continuing to grieve over the loss of their wife and mother,” the attorney added. “This broad dissemination and public reporting of the details of Ms. Judd’s death would be traumatic and cause irreparable harm to the plaintiffs in the form of emotional distress, pain and mental anguish as they grieve the loss of their mother.”

Ashley said she was not informed she was being recorded during interviews with police and did not know the interviews would be made public. She argued she was in “clinical shock, active trauma and acute distress” when she spoke to law enforcement.

Larry, who had been married to Naomi for 32 years at the time of her death, similarly claimed he was unaware his interviews were being recorded, noting that he shared personal information that should be barred from release.

“I think Naomi Judd should be remembered for the way she lived and not in the matter in which she died,” said a statement from the family. The motion is scheduled to be heard in Williamson County Chancery Court at 1:30 P.M. on September 12.