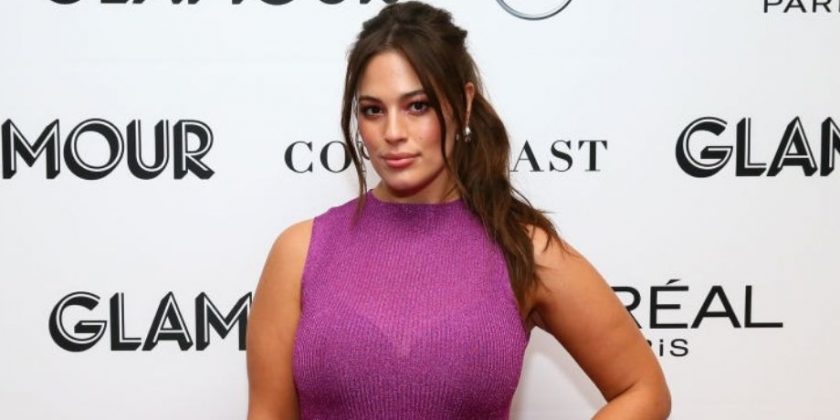 “It actually looks worse than it feels.”

Supermodel Ashley Graham made a rare faux pas when she tumbled down the stairs whilst hosting Miss Universe’s backstage show. The America’s Next Top Model judge showed off her war wounds on her Instagram stories. But thankful for small mercies, she was grateful her fall was not caught by cameras.

“OK I’m doing some quick a** changes you guys, and then, of course, I fell down the stairs,” the 31-year-old told her 7.9million followers.

Graham revealed a nasty looking bruise on her left shin which seemed to be bleeding profusely. The Revlon ambassador filmed as a doctor cleaned the wound. “Got the medics on me,’ the trooper smiled. “I’m OK, but I just wanted to let you know what I’m doing… going really fast.”

“It actually looks worse than it feels,’ she assured her fans, but did add: “except for it is throbbing a bit.”

Graham was appointed backstage host at this year’s Miss Universe in Thailand, which aired on Sunday night.

So happy to be back again at a groundbreaking @missuniverse – congratulations @missphilippines!! ????????????✨

In an interview with Good Day Austin, Graham gushed about working with the show’s stage host, Steve Harvey.

“Steve is hysterical. It’s a laugh a minute,” she said. “He’s the same guy that you see on stage as you see off stage. I love working with him. I feel like we have really great banter.”

The Sports Illustrated model went on to say that she’s excited to talk candidly backstage with all 94 competitors.

“To be able to hear from them and what they’re so passionate about is really interesting.”

The U.S. is being represented by Nebraska’s Sarah Rose Summers, a certified Child Life specialist. But on Monday, 24-year-old Miss Philippines Catriona Gray stole the crown.

Recently, Graham opened up about how the growth of the #MeToo has had a positive effect on the careers of aspiring models.

“I’ve seen a huge change on set,” she told The Hollywood Reporter.

“I really hope that it protects the next generation of young models,” Graham sincerely expressed.

In January 2018, Graham revealed on talk show The View she’d been sexually harassed during a photo shoot at the age of 17. She explained how she feared that she’d never be hired for a modeling job again as she thought that she’d be regarded as a “difficult model”.