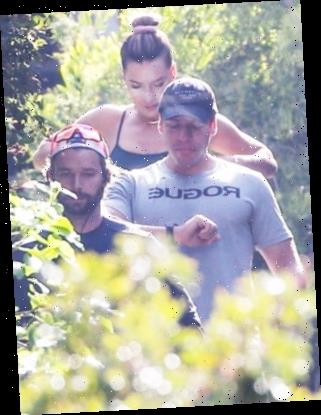 Arnold Schwarzenegger’s son Patrick and love child Joseph Baena were photographed together for the very first time in 10 years, having a workout session.

A decade after it was revealed that  Arnold Schwarzenegger, 73, fathered a love child with the family’s housekeeper Mildred “Patty” Baena, his 23-year-old son Joseph Baena has been photographed with one of his children with by wife Maria Shriver. Arnold’s oldest son Patrick Schwarzenegger, 27, was spotted having a workout session with his half brother in Santa Monica, CA on Apr. 5. They were getting in some cardio walking the steep stairs near the beach, in the first photo of the brothers together.

Not only has Patrick become friendly with Joseph, he’s even getting to know the Pepperdine graduate’s girlfriend. Nicki Dodaj was spotted along on the outing, walking with the brothers on the stairs. Joseph could be seen in a grey t-shirt that showed off his ripped and buff bodybuilder’s physique. His bulging thigh muscles were visible beneath his charcoal grey shirts, getting quite a workout walking up and down the stairs. 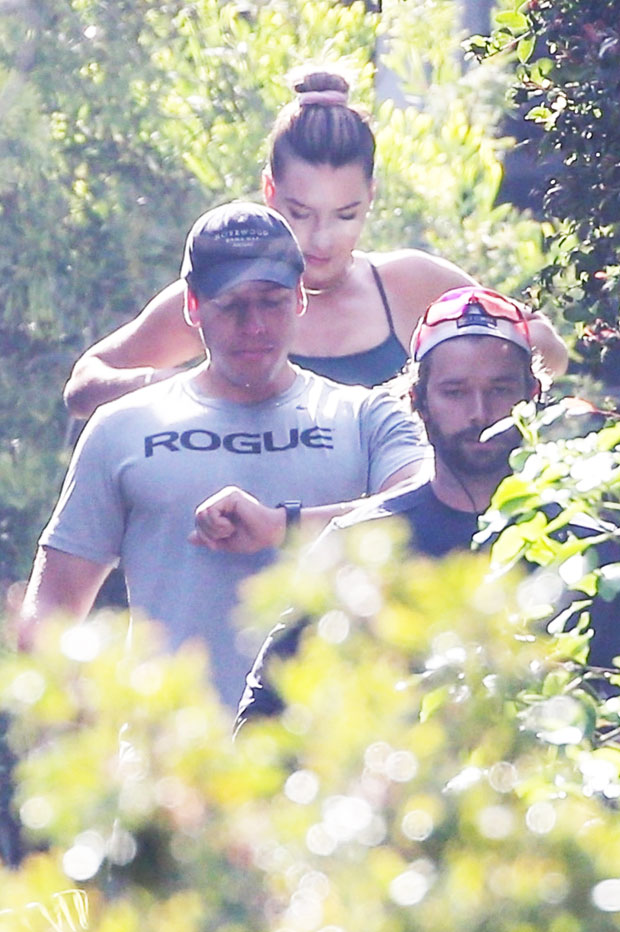 Patrick wore a long-sleeved navy shirt, blue shorts and white compression pants underneath. His friendship with Joseph has been years in the making, as when his identify was revealed, Patrick was so furious with his dad for fathering a child outside of his marriage to Maria that he changed his Twitter handle to Patrick Shriver, dropping his dad’s last name.

It was in May 2011 when Joseph’s identity was revealed to the world. He was around 14-years-old at the time. Birth records showed that he was born less than a week apart from Arnold and Maria’s son Christopher Schwarzenegger, 23. Patty had worked as the family’s housekeeper for 20 years, up until Jan. 2011.

At the time, then 17-year-old Patrick tweeted, “I love my family till death do us apart,” and added lyrics from the hip hop group Fort Minor that read: “Some days you feel like s**t… some days you want to quit and just be normal for a bit.” His then 21-year-old sister Katherine Schwarzenegger added her support for her family, tweeting, “This is definitely not easy but I appreciate your love and support as I begin to heal and move forward in life. I will always love my family!”

Arnold has proudly accepted Joseph as his son, attending his Apr. 27, 2019 graduation from Pepperdine. Underneath an Instagram photo posing with with his son in his cap and gown, the former California governor gushed, “Congratulations Joseph! Four years of hard work studying business at Pepperdine and today is your big day! You have earned all of the celebration and I’m so proud of you. I love you!” The two are routinely seen together now, usually doing some form of exercise.

Katherine, 31, hasn’t seemed to be so accepting. Joseph was noticeably absent from her June 8, 2019 wedding to actor Chris Pratt in Montecito, CA. Instead he was in Malibu having a gym workout with pals. However, the aspiring body builder did extend his best wishes. Katherine shared a photo to her Instagram page wearing her stunning Armani wedding gown and holding hands with the Guardians of the Galaxy star. Joseph sweetly wrote in the comments, “Congratulations!” with emojis of pink hearts and a champagne bottle, but it didn’t get a like or a thank you response from Katherine.