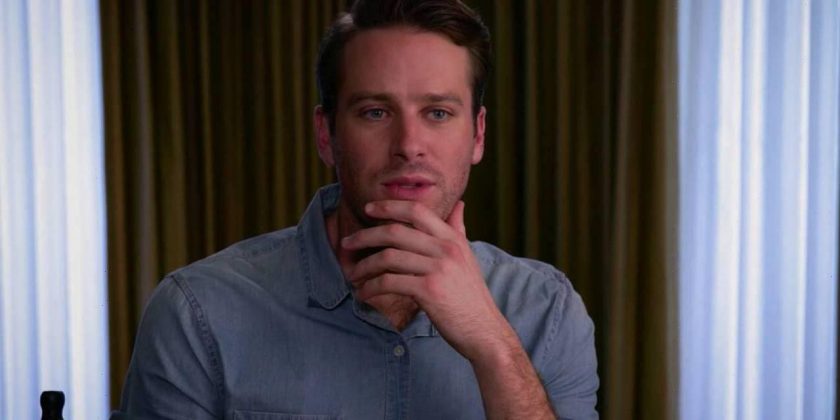 Michael, who previously worked at an investment banking firm in New York City before getting involved with Occidental Petroleum, reportedly passed away on Sunday, November 20.

AceShowbiz –Armie Hammer‘s father sadly passed away at the age of 67. Michael Armand Hammer, who took over the family firm Occidental Petroleum, died on Sunday, November 20 after losing his battle with cancer.

Confirming Michael’s death was a family representative. In a statement shared on Tuesday, the family said, “Michael Hammer has passed away after a long, hard fight with cancer and is now at peace.”

Before getting involved with Occidental Petroleum, a company started by his late grandfather, industrialist Armand Hammer, Michael worked at an investment banking firm in New York City. He moved Occidental’s HQ to Los Angeles in the ’80s, becoming VP of the company and landing a seat on the Board of Directors.

Michael welcomed Armie with his ex-wife Dru Ann Moble in 1986. The former couple, who was married for 27 years from 1985 to 2012, also shared son Viktor, who is two years younger than the “Call Me by Your Name” star.

Michael’s sister, Casey Hammer, previously claimed that the businessman was left with most of their grandfather’s $40 million fortune. In a Discovery+ docuseries titled “House of Hammer”, Casey said she inherited only $250,000 of Armand’s money, while her dad, Julian Hammer, got $500,000. Michael, meanwhile, reportedly received the rest of the estate.

Meanwhile, in an interview with The Daily Beast, Casey suggested that Armie was doomed to become a “monster” as abuse was a “way of life” in his family. When addressing the rape and “cannibal” allegations against the actor, she said, “I wasn’t shocked when the allegations came forward. Based on my experiences in my family, I suffered from abuse. It was just a way of life.

“You don’t wake up one day and become a monster – it’s learned behaviour,” she added. “Once (the allegations) started unfolding, I was like, ‘Here we go, another Hammer man and something that’s being said about them.’ “