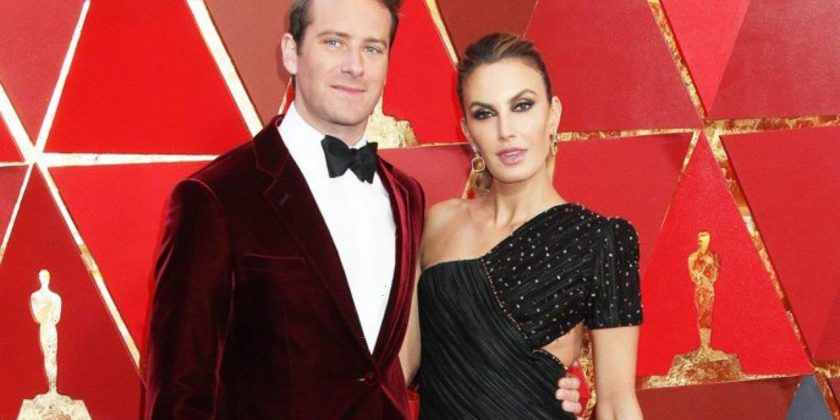 The ‘Call Me by Your Name’ actor and Elizabeth, who split in July 2020 after 10 years of marriage, reportedly ‘have been working together on their coparenting relationship.’

AceShowbiz –Armie Hammer and Elizabeth Chambers might have kept their relationship close, but not that close enough for them to be romantically reunited. Despite reconciliation rumors, it was unveiled that “The Social Network” actor and his estranged wife “are not back together.”

Revealing the news was Us Weekly. “Elizabeth and Armie have been working together on their coparenting relationship,” a source told the outlet. “They are not back together, there is nothing romantic going on between them.”

The report arrived after PEOPLE reported, “Elizabeth’s priority has always been her children and their well-being. The past year hasn’t been easy, but she and Armie have always had love for each other.” The outler further claimed, “They’re slowly figuring things out as a couple, but being parents to their two kids will always come first.”

“Elizabeth has always loved him,” said another insider. “He is really the love of her life… They obviously had a lot of issues, but Armie’s rehab stay showed that he was committed to big changes. They get along and enjoy hanging out with the kids.”

Armie, who split from Elizabeth in July 2020 after 10 years of marriage, checked himself into an in-patient facility outside of Orlando last May amid cannibalism scandal and sexual abuse allegations. Elizabeth and his family were said to be supportive of his decision at the time.

The “Call Me by Your Name” star informed his estranged wife about his plan to seek treatment in late May and she, along with their kids, even dropped him off at the facility. “Elizabeth and kids dropp[ed] him off and walk[ed] in as far as allowed,” a source said of the family’s emotional farewell. “A lot of hugs and seemed emotional.”

Armie left the Florida rehab facility in December. His lawyer also confirmed the news in a statement to E! News, saying, “I can confirm that Mr. Hammer has left the treatment facility and is doing great.”