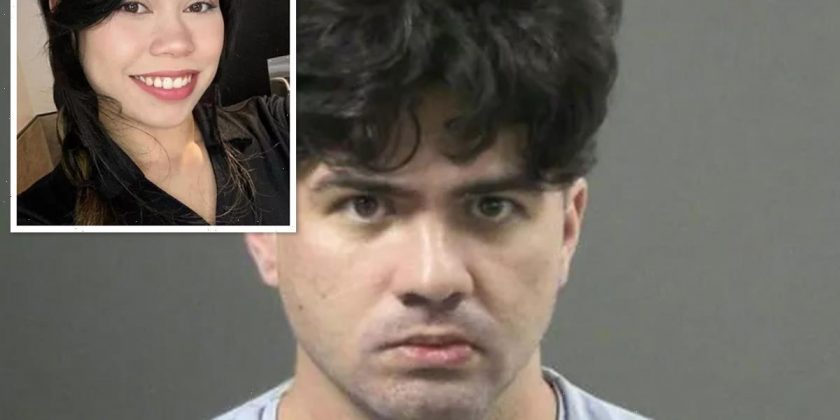 A 29-year-old man has been arrested for the murder of his 28-year-old ex-girlfriend.

According to a statement from the Fayetteville Arkansas Police Department, the discovery of the alleged crime came when law enforcement responded to a call about a possible overdose on September 19 and rushed to the residence of Kacey Jennings. When police arrived at the scene, they found him “experiencing an apparent drug overdose.” But that’s not all they discovered!!! Authorities shockingly uncovered “several documents” in the home that led them to believe Kacey killed his former girlfriend, Allison Maria Castro, “and he disposed of her body.” Whoa, what?!

No other details were revealed about the docs at this time. But following the response to the overdose, police shared they spoke with her relatives, who claimed the two “were previously in a relationship, and they lived together.” The family also said they were unable to get in touch with Allison by phone, “and they were concerned for her safety.” She was soon listed as a missing person, and law enforcement began investigating her disappearance. Sadly, the situation has now taken a tragic turn.

Kacey was arrested on September 26 after his release from a local medical facility and charged with capital murder and abuse of a corpse. He currently remains in police custody, and it is unclear if he has entered pleas at this time. The statement notes:

“As the investigation unfolded, additional information was discovered that led to an arrest warrant for Jennings for capital murder and abuse of a corpse.”

Meanwhile, Allison’s body has not been found yet. A GoFundMe still has been created to help raise money to return her remains to Hawaii, where she grew up, once they are found. The fundraiser campaign described Allison as “a sweet, gentle soul,” adding:

“She loved life, experiencing new things and being around her friends. She had an infectious smile that radiated love to all that knew her. Sadly Allison is not with us anymore, as it is a difficult time for the family to grasp the horrible nature of Allison’s passing.”

Police said in the statement they are still investigating this crime and asked anyone with additional information about the case to contact the Fayetteville Police Department at (479) 587- 3555. Our hearts go out to Allison’s family members as they mourn the loss of Allison.