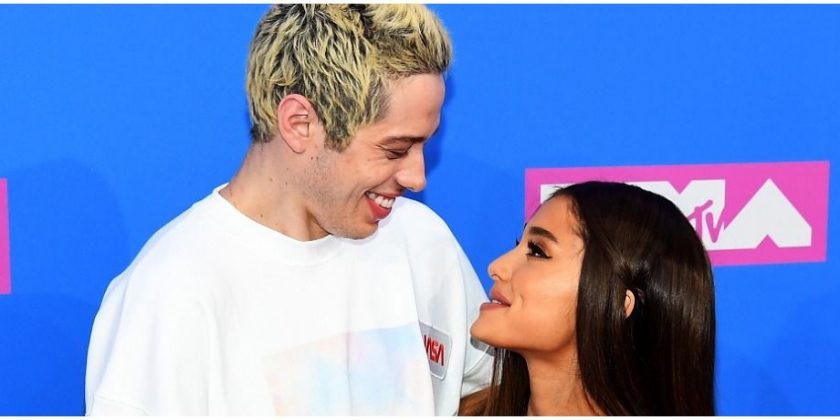 According to a December 15 report by TMZ, it seems that Ariana Grande has dropped everything to be there for Pete Davidson during what could be a dark time in his life.

On Saturday, Davidson posted a message on social media that worried his fans and family.

“I really don’t want to be on this earth anymore. I’m doing my best to stay here for your but I actually don’t know how much longer I can last. all I’ve ever tried to do was help people. Just remember I told you so.”

The New York police than began to get an influx of calls from fans asking them to find Pete and check on his well being, which they did. Sources then confirmed that Davidson is at the Saturday Night Live building rehearsing for tonight’s show.

After the word of Pete’s now-deleted message began to spread like wildfire, Ariana allegedly jumped to be near him. Sources claim that she is currently at the 30 Rock building where SNL is filmed in hopes of being there for her former fiance if he were to need her.

“I’m downstairs and I’m not going anywhere if you need anyone or anything. I know u have everyone u need and that’s not me, but i’m here too,” Ariana Grande tweeted during the Pete Davidson drama.

As many fans know, Pete Davidson has always been very open about his life, including his struggles with mental health. He has even joked about them in his comedy routines, and on SNL. After today’s drama, fans wouldn’t be surprised if Davidson made some sort of statement during tonight’s show, possibly during the Weekend Update segment, where he’s become a staple.

Ariana and Pete first sparked dating rumors in May of 2018. The couple’s relationship quickly escalated and after only a few weeks of dating, they were engaged. The two moved in together, inked some matching tattoos on themselves, and even bought a pet pig together, which they named Piggy Smalls.

However, by October, the couple’s relationship was over, as Glamour reported in their timeline. Some fans believed that Grande couldn’t handle her emotions after her longtime boyfriend, Mac Miller, whom she had broken up with just days before she began dating Davidson, died from a drug overdose.

Ariana Grande and Pete Davidson both confirmed their split, and have been chilly toward one another since that time. However, it seems that the singer is ready to open up their friendship and be there or the comedian if he needs her during a tough time in his life.