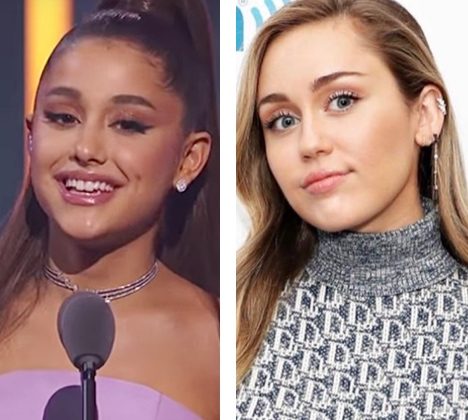 Trolling the current Twitter beef between rappers Kanye West and Drake, Ariana Grande took the opportunity to promote not just her own new single “Imagine,” but also friend Miley Cyrus’ surprise Christmas release “War Is Over” while also throwing a little shade at male artists who were acting childish while women artists were trying to work. And then Miley responded in agreement.

In her tweet, Ariana acted almost apologetic to break into the argument, but did anyway. “[G]uys, i know there are grown men arguing online rn,” Grande wrote, “but miley and i dropping our beautiful, new songs tonight so if y’all could please jus behave for just like a few hours so the girls can shine that’d be so sick thank u.”

That’s when Miley jumped in to agree while plugging both her music and Ariana’s with a tongue-in-cheek reply. “Didn’t they hear the news ?!,” Miley tweeted. “War IS over ! Thank you , next!”

To which Ariana responded simply, “Period.”

We have the tweets from Ariana and Miley below.