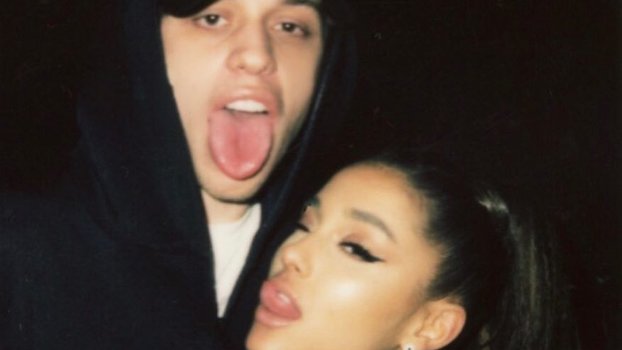 Despite a string of professional wins (hello Billboard no. 1, hello 55 million views in 24 hours), Ariana Grande would probably like to say something along the lines of “thank u, next” (sorry, I had to) to the year 2018. Anyway, no matter how challenging a year it’s been for the singer, it can’t compare to ex-fiancé Pete Davidson’s.

The Saturday Night Live star received a major boost in visibility when he began dating Grande in May, and everyone seemed to have an opinion (the bulk of which were negative). The negativity only increased after he and the Sweetener singer called off their engagement in early October.

Davidson, who’s spoken publicly about his mental health struggles and Borderline Personality Disorder diagnosis, penned an emotional post on Instagram on Monday, writing that he’s “been getting online bullied and in public by people for 9 months.”

Grande has always had an open dialogue with her fans, which has sometimes resulted in her letting individual social media users know when they’ve crossed a line.

Following Pete’s statement, Ariana sent a message directly to her followers, writing, “I know u already know this but I feel I need to remind my fans to please be gentler with others. I really don’t endorse anything but forgiveness and positivity.”

“I care deeply about Pete and his health,” she continued. “I’m asking you to please be gentler with others, even on the internet. I’ve learned thru my own mistakes not to be reactive on socials so I do understand. But you truly don’t know what anybody is experiencing ever. Regardless of what they choose to display on social media or how they may appear in public. I can promise u that. So please let whatever point you’re trying to make go.”

RELATED: Pete Davidson Speaks Out Against His Online Bullies After Ariana Grande Breakup

Ending her message on a sweet (and very “Thank U, Next”) note, Grande wrote, “I will always have irrevocable love for him and if you’ve gotten any other impression from my recent work, you might have missed the point.”

Ugh, why can’t all exes be as lovely as Ari?!