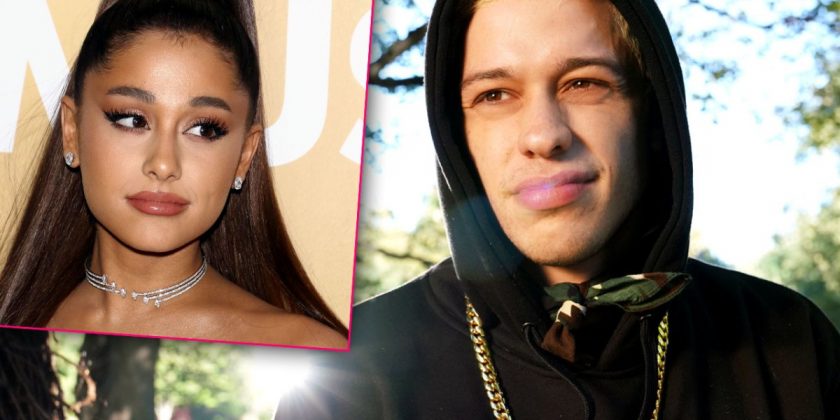 RadarOnline.com can exclusively reveal that while Ariana Grande is concerned about her ex-fiancé Pete Davidson‘s mental well-being, she is having a tough time of her own in wake of his recent suicide threats.

“She is at wit’s end with all of this and is so emotional right now,” a source revealed. “She hasn’t gone on social media and is trying to just do her best and not think about it.”

Unfortunately, said the source, “everywhere she goes people are asking her, ‘How is Pete? Have you talked to Pete?’ It is just really unfair to her because the two of them ended their relationship.”

“They both decided it was for the best, and now he is pulling up all this trying to get her to save him,” added the source. “She can’t save him — only he can save himself at this point.”

Still, Grande, 25, has tried to be there for Davidson. She even rushed to NBC’s studios in New York City, where Davidson was scheduled to shoot Saturday Night Live, shortly after he wrote on Instagram on Dec. 15 that he didn’t “want to be on this Earth anymore” and he was doing his “best to stay here for you.”

However, according to the source, Davidson, 25, refused to see Grande when she showed up at SNL.

As Radar previously reported, Grande is trying to back away now so her ex can try to sort out his problems.

“Ariana will not be guilted into believing she is the cause of Pete’s pain,” an insider previously noted, pointing out that “his pain existed long before her and his mental issues are something he should deal with with a doctor, not social media.”