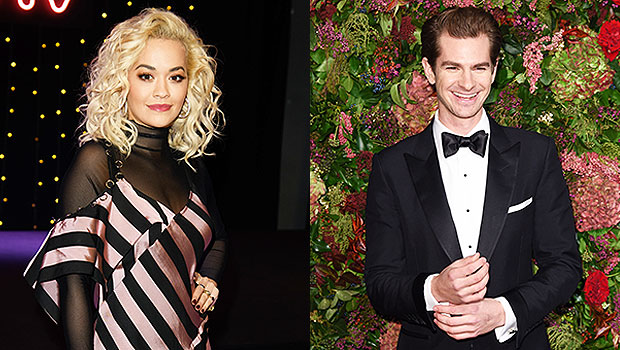 Has Rita Ora struck gold when it comes to love? She reportedly has been dating Andrew Garfield, and she supposedly has told friends ‘what they have is the real deal.’

Fresh off of her split from music producer Andrew Watt, 27, in September, Rita Ora, 28, supposedly has a new man in her life – a Spider-Man…of sorts. Andrew Garfield, 35, has since passed the costume off to Tom Holland, but The Amazing Spider-Man actor has found a new leading lady in his life, according to The Sun. “Rita let slip to pals about her brewing romance [with Andrew] about a month ago,” a source told the publication. “But in recent days things have started to heat up and she says what they have is the real deal.”

“It is still very early days but they like each other and are seeing what happens,” the source told The Sun. “Their schedules make things difficult but they have a real connection.” Both Andrew and Rita attended the Evening Standard Theatre Awards in London a fortnight ago, but those looking for evidence of their secret romance will be disappointed. They attended separately. They must have used Andrew’s ‘spider-sense’ to avoid any paparazzi.

Around the time of her split from Andrew, Rita shared the secrets to winning her heart: keep it simple. “Dates freak me out,” she told Official Vodafone Big Top 40, “I get crazy anxiety. I don’t want any pressure. I’d rather have like a little drink.” Her past boyfriends include Rob Kardashian, blink-182 drummer Travis Barker and Calvin Harris, three men who don’t really seem to be the most low-key and drama free. Perhaps the conflicting schedules have worked for Rita and Andrew, as they don’t have time to get dramatic. Instead, they squeeze in “a little drink” whenever their schedules allow.

Andrew was famously romantically involved with Emma Stone, 30, until their split in 2015. He was pictured kissing actress Susie Abromeit, 36, in September, but that romance has since died down. Earlier in the year, Andrew and Emma had a cozy dinner together, but a source EXCLUSIVELY told HollywoodLife.com that they weren’t back together. “Andrew would kill to get Emma back, he loves her like crazy and is still kicking himself for losing her,” the source said at the time. Well, with this rumored romance with Rita, perhaps he’s not kicking himself so hard anymore?