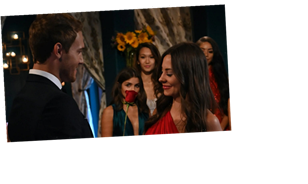 Don’t get too excited, but fans think Peter Weber and Kelley Flanagan are together in New York. And this isn’t just a random theory based on nothing. They think they’ve found proof.

What proof, you ask? Well, for starters, one particularly astute fan noticed one of Flanagan’s recent Instagram Stories happens to look a lot like it was taken from Weber’s New York City apartment. There wasn’t much to go off of in the video, which features Flanagan speaking in front of a window, but the fan noticed the building visible across the street looks similar to the one outside Weber’s apartment.

Still not convinced? There’s more. Another detail-oriented fan noticed that Weber, Flanagan, and fellow Bachelor Nation alum Dustin Kendrick all seemed to be at the same New York City bar last night. The fan figured it out by noticing that all three of them had posted Stories at a place featuring what appears to be the same colorful wall behind them.

Still not totally convinced? There are also rumors that hint at some sort of reconciliation between them. Like, for example, the source who reportedly told E! News on Feb. 7 that "Peter has been reaching out to Kelley and regrets their breakup. Kelley is very hesitant and thinks he’s not ready to commit to her but still has feelings for Peter." 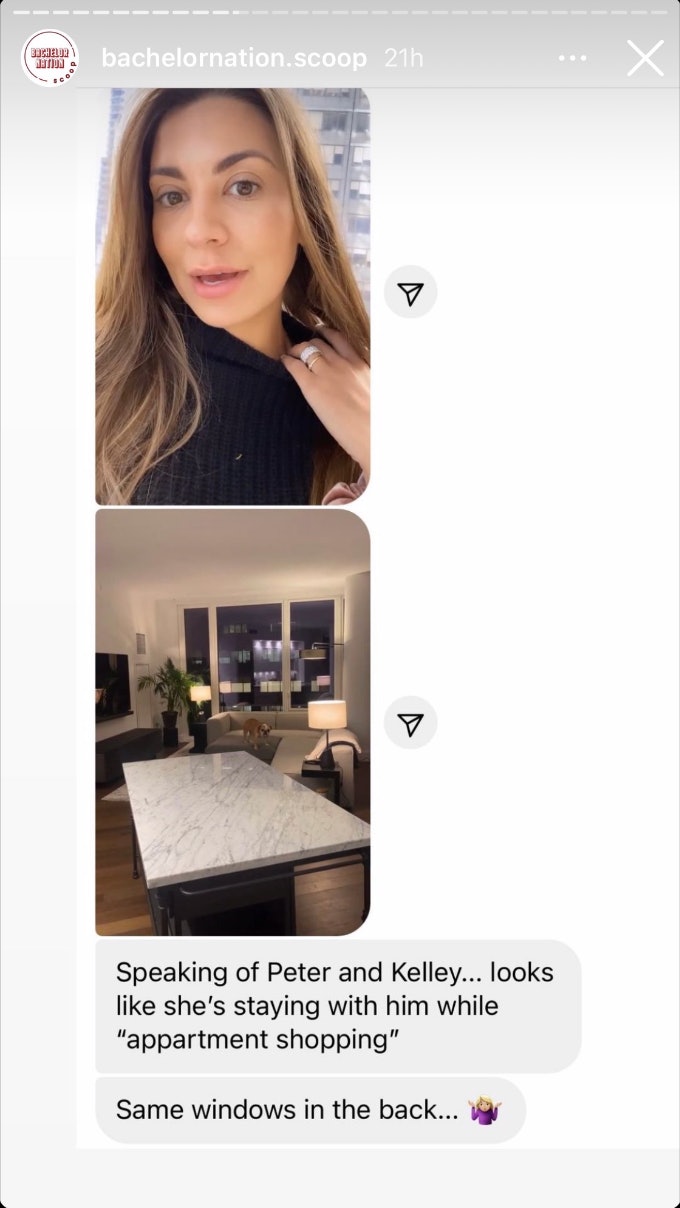 The reconciliation rumors happened after the two crossed paths while in Tampa for the Super Bowl. “I’d not seen her since… for a couple of months actually, since things ended,” Weber said of their reunion in footage of a Zoom call that was released Feb. 13. “But I did see her and it was a good meeting, for sure. We are on good terms, I will tell you guys that.” Three days after that, Flanagan was on Instagram posting updates on her New York City apartment hunt.

It all does seem very promising for fans hoping for a reunion. But, to be fair, Flanagan made it clear she was still planning on moving to New York in her Jan. 3 breakup statement.

"I know a lot of you have already heard the news, but I wanted to take some time to process it for myself before sharing… It saddens me to say this but Peter and I have decided to go our separate ways," she wrote alongside a model shot of herself and Weber posing atop an old truck. "Peter and I had some unbelievable times together and they will definitely be missed. Unfortunately him and I are in two different stages of our lives and saw our future paths differently. I wish Peter the absolute best and want to thank everyone for your continued support as I move on to my next chapter. I’m still hoping to make it to New York one of these days, but for now I just want to focus on my happiness! 2021, I can’t wait to see what you have in store!"

Maybe they’re just hanging as friends since she probably doesn’t have a big network in the city? Or maybe they’re not even hanging at all! Or maybe they really are back together. Here’s to hoping one of them clarifies what the heck is going on ASAP.