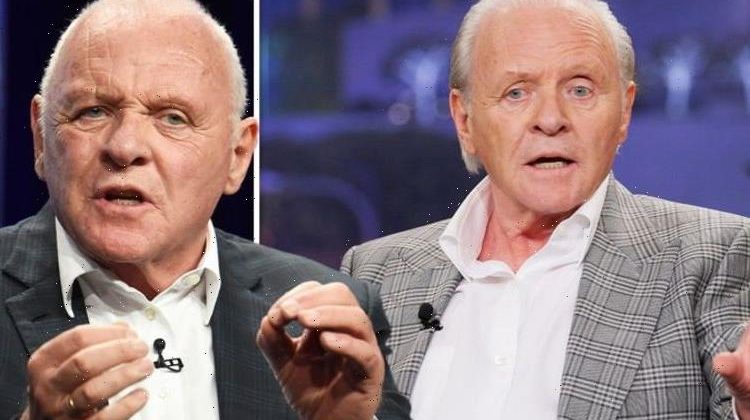 Anthony Hopkins pays tribute to his father at gravestone

Hollywood actor Anthony Hopkins, 83, has told how he “doesn’t believe in” his Asperger’s diagnosis. The A-lister was diagnosed with the neurological condition in his 70s but has since revealed that he doesn’t “feel any different” despite previously acknowledging the role the condition has had in making him a better actor.

I don’t, actually, I don’t believe in it

In a new interview, the Hannibal star opened up about the condition, insisting he feels no different.

He said: “I think some doctor contacted me… I don’t know. I don’t, actually, I don’t believe in it.

“I don’t feel any different. I think these are dressed up.

The actor went on and said he is only conscious of the condition when he’s in a specific social setting surrounded by other people.

“They call it neurodiversity. It’s a fancy label. I’m very focused in one way.

“I notice when I’m in restaurants, but that’s my behaviour,” he explained.

Anthony went on: “I think we’ve ruined the human system by tabulating everything.

“There’s a wonderful saying, which is that we’re all screwed.

“We always have been and we always will be. The whole human race is screwed.

“Otherwise, we wouldn’t have had bloodshed and wars, century after century, if we are so smart.

Anthony went on: “We have a wonderful brain but we’ve destroyed half the planet, so we’re not that smart.

“It’s funny how a little invisible virus has zapped us, so figure that out,” he told GQ magazine.

The Silence of the Lambs star was diagnosed with high-end Asperger’s syndrome in the late 90s.

The neurological condition is a form of autism that affects how people see the world and relate to others.

Reflecting on his diagnosis, he told the Daily Mail: “I don’t go to parties, I don’t have many friends, but I do like people. I do like to get inside their heads.”

He also told how the neurological condition helped him perform as an actor.

Anthony said: “I definitely look at people differently. I like to deconstruct, to pull a character apart, to work out what makes them tick and my view will not be the same as everyone else.

“I get offered a lot of controlling parts, maybe because that’s how people see me.

“And maybe I am very controlled because I’ve had to be. I don’t question it, I just take the parts because I’m an actor and that’s what I do.”