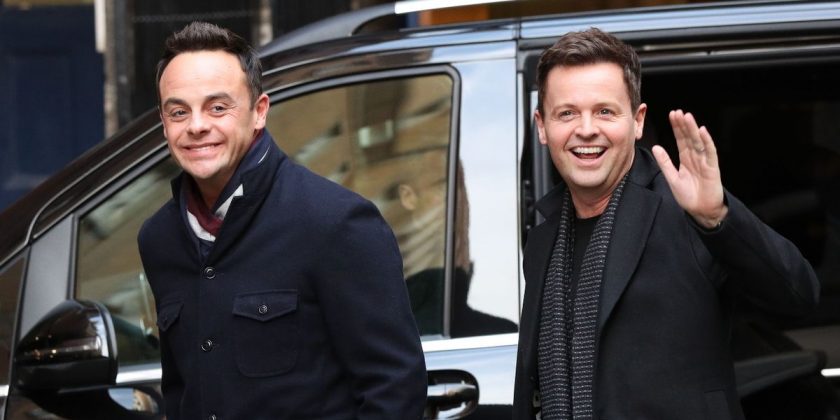 Britain’s favourite TV presenting pair are back together and everything is right in the world, according to fans of Ant and Dec.

Ant McPartlin made his long awaited return after taking a year off, following his drink-drive arrest and it didn’t leave a dry eye in the house, after he stepped on stage with TV partner Declan Donnelly, as auditions for Britain’s Got Talent began at the London Palladium.

Show boss Simon Cowell told the audience ahead of the day’s auditions: “I’d like to say welcome back, Ant. We missed you. It’s just not the same without you.”

Referring to fellow judge David Walliams , he added: “Even though Dec was brilliant, it just wasn’t the same. It would be like me not being with David, I’d be happy but not as happy, if that makes sense.

While 43-year-old Ant was emotional, telling the audience, “I’ve missed you, it’s good to be back,” there was also an outpouring of love for the award-winning host on social media.

Ant’s comeback was hailed by thousands, as fans of the presenting duo shared messages of support and admiration, with Dec being hailed for ‘standing by’ his troubled friend.

One fan tweeted: "Fantastic to see you back Ant , take it a day at a time. and big shout out to Dec – a true friend, for standing by you!

Another agreed, tweeting: "Back where you belong at last. Look after yourself and day by day is the way to go. Looking forward to spring an you together on TV."

A third was excited with Ant’s return: "Welcome back Ant… delighted your back!! And I’m sure Dec is too!!!"

Another fan sent this message of support: "So pleased you are back together. A massive thing for you Ant but you have got this, onwards and upwards ."

The feeling was summed up by this tweeter: "Brilliant and fantastic to see Ant back together again with Dec. They obviously work very well together. I’m glad he’s back in business where he belong!"

The BGT team, including judges Alesha Dixon and Amanda Holden , have six days of auditions in London and four in Manchester.

Simon got off to an awkward start by leaving his car with his jeans’ zip open.

He later encouraged Ant and Dec to get back on stage for an audition involving maypole dancers, with all the judges joining in except for Simon.