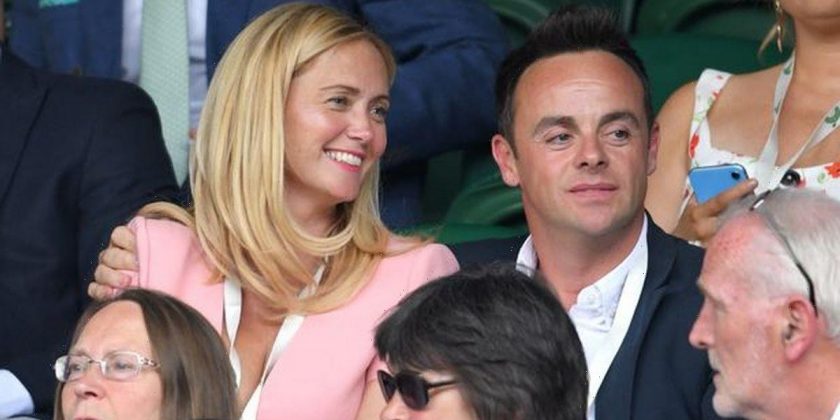 Ant McPartlin has reportedly set a date to marry Anne-Marie Corbett in August this year, it has been claimed.

I'm A Celebrity… Get Me Out Of Here! star Ant, 45, and fiancée Anne-Marie will reportedly tie the knot in a low key ceremony.

It's understood the pair will say "I do" in a London church in front of friends and family. A source has told The Sun Online: "Neither of them want the razzmatazz of a showbiz wedding. They just want their nearest and dearest with them.

"It will be a simple but beautiful ceremony, without the glare of the spotlight.

"They’re both extremely excited and can’t wait to tie the knot.

"But they’re desperate to keep a lid on things. Those who know have been told it’s top secret.

"Anne-Marie has already been for her dress fitting."

It's understood the couple had looked into options to have their nuptials abroad, but decided against it due to the unpredictability of the pandemic.

The TV star's upcoming reported nuptials will be starkly different to his wedding to Lisa Armstrong in 2006.

Ant and Lisa, who has reportedly bought a puppy with her new boyfriend James Green, wed in front of 150 guests as Cliveden House Hotel in Berkshire. But, Ant announced their decision to part ways in 2018.

It comes after Ant proposed to his former personal assistant on Christmas Eve.

A friend of the TV host told The Sun at the time: "Ant has been planning this for some time – but wanted to make sure the moment was just right.

"2020 has been a pretty torrid year for everybody, and this is the happy news that all their friends and family have been waiting for.

"Both Amzie and Ant adore Christmas, and get really into it every year, so Ant decided to pop the question on Christmas Eve.

"He's a traditionalist, so got down on one knee after first checking with Anne Marie's family that he had their blessing. It was super-romantic, and obviously Anne-Marie said 'yes' straight away."

They added: "Obviously getting engaged in the midst of a pandemic isn't ideal when it comes to planning a wedding… at the moment a summer ceremony is looking extremely unlikely, so it may well be a 2022 affair."