Anne Hathaway looked incredible when she posed outside of the ‘Late Show With Stephen Colbert’ studio in a fashionable and colorful outfit before she made the television appearance.

Anne Hathaway, 39, proved she has a stylish attitude when she stepped out in her latest fashionable jumpsuit! The actress’ wardrobe, which she wore for an appearance on The Late Show With Stephen Colbert, consisted of various multi-colored polka dots on the sleeveless choice along with a matching jacket she kept open. She had her long hair partly up with the look and showed off natural-looking makeup as she posed outside the show’s studio in front of fans. 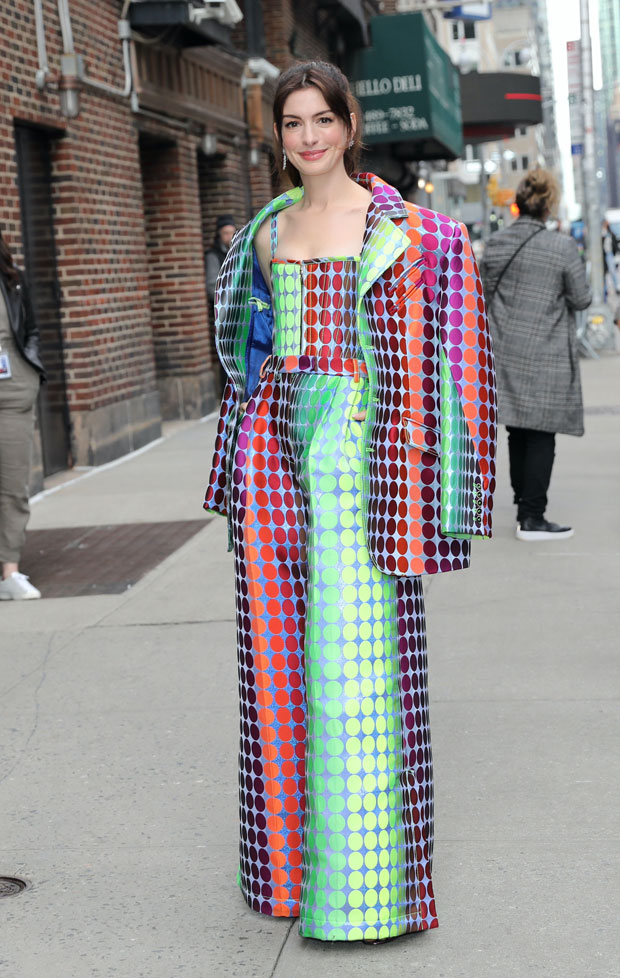 The jumpsuit’s pants were wide-legged and long enough to not show the shoes she wore underneath. She smiled for photographers while holding her hands in her pockets and was the true essence of beauty as she added dangling earrings to go with the outfit. 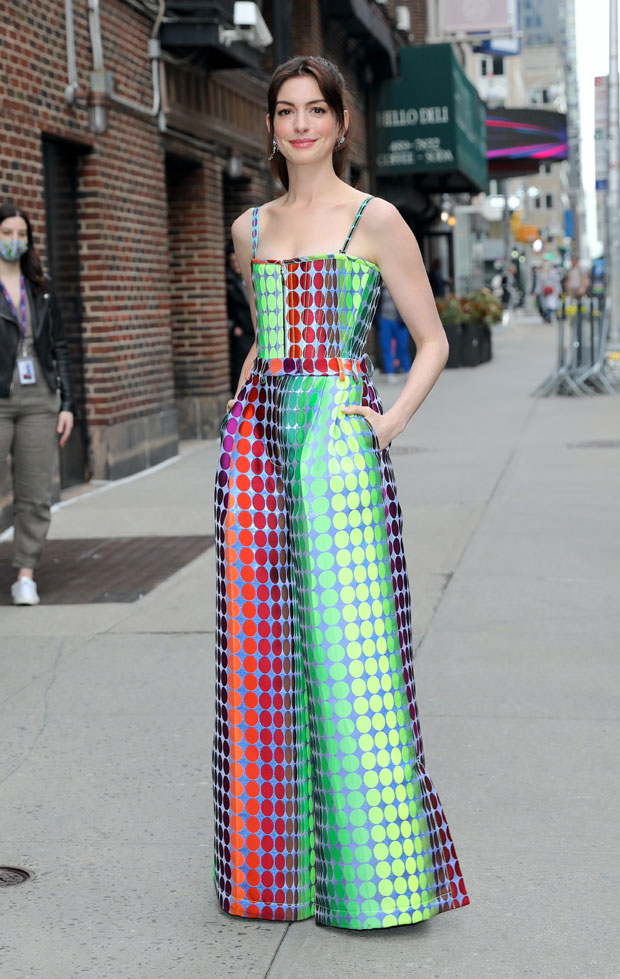 Before Anne’s latest appearance, she made headlines three days ago when she showed up to the SXSW Festival in a Versace cutout dress that looked amazing on her. She was promoting her new Apple TV+ series WeCrashed with co-star Jared Leto when she flaunted the silver fashion choice. She also wore silver open toe shoes and carried a matching mini purse.

In addition to her latest two looks, Anne has been showing off other impressive looks for the press tour of WeCrashed. One included a tight black top and black leather pants along with boots. She also shined when she attended the opening of Broadway’s Music Man last month in a strapless black jumpsuit as she held a fuchsia purse. Her confidence on the carpet of the event was apparent and she had heads turning wherever she walked.

When Anne isn’t busy making public appearances in awesome clothes for her career, she’s spending quality time with her family. The doting mom was recently seen having a blast while out with her son Jack during a visit to Rome, Italy. She carred the adorable tot while walking outside by a fountain.