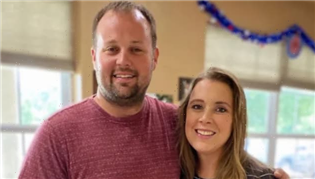 Last week, Josh Duggar was sentenced to 12 and a half years in prison in connection with an earlier conviction on child pornography charges.

In the weeks prior to his sentencing hearing, Josh’s wife, Anna Duggar, launched a desperate, last-ditch effort to secure a lenient sentence of just five years.

Needless to say, the campaign was unsuccessful.

Anna wrote letters on Josh’s behalf, and she encouraged others to do the same.

In fact, it seems that she did more than encourage, as Anna is now being accused of manipulating an elderly woman into writing a letter to the judge.

The letter writer in question is Denise Wilson, who is the widow of the Duggar family’s longtime pastor.

Obviously, Anna coveted an endorsement from someone so high up in the Duggars’ evangelical community, and she’s being accused of using unscrupulous methods to obtain it.

“News coverage of Josh Duggar’s sentencing today revealed that my mother-in-law, under the manipulation of Anna Duggar, wrote a letter to the judge asking for leniency in the sentencing of Josh’s child pornography case,” reads a recent Facebook status from Denise’s son-in-law James Weeks.

“Neither I nor my wife knew she was planning to do so and I feel that our position should be made abundantly clear. My wife and I are in no way in favor of leniency or mercy towards any pedophile,” Weeks continued.

“Status as a family member, former friendship, past good deeds, nor any other factor should be of consideration when dealing with such,” he wrote.

“We disavow the letter that was written by [Denise] and find any defense of such a person reprehensible.”

In the comments, Denise’s daughter Rachel echoed Week’s sentiments, writing that she believes Josh has succeeded in “brainwashing” the people closest to him.

She accused Josh of “working to make sure he looked like the perfect Christian man to everyone around him”.

“Thanks to obscene levels of brainwashing, he succeeded with hundreds of people,” Rebecca added.

“Some of the Duggars and their friends, including my mother, have been deceived into thinking that he is somehow innocent and wrongly accused,” wrote Denise’s other daughter Lana.

In her letter, which was obtained this week by UK tabloid The Sun, Denise wrote about a conversation that took place after her husband died, in which Josh and Anna’s offered her financial assistance.

“Josh told me he and Anna were going to support me and my family monthly to keep up my finances. When he told me how much it would be. I was shocked. It was a gracious amount,” she wrote.

“Josh acted as if it was just a natural thing to do. He told me ‘We’re just doing what the Bible says… to have pure religion is to visit the Fatherless and Widows in their affliction,'” Denise continued.

“I saw Josh is a loving husband to Anna respecting her and serving her. I saw his devotion to his children by paying attention to their needs and encouraging them to live right.”

Denise never specified whether or not Josh and Anna made good on their promise, and delivered the financial assistance they offered.

But in a way, it doesn’t matter.

James Weeks is correct in his assertion that “past good deeds” should not be considered when evaluating Josh’s crimes and determining what sort of punishment he deserves.

The Duggars seem to have missed this crucial point over and over.

Also, any assessment of Josh’s past should include his long history of predatory behavior, including the fact that he molested five young girls, four of whom were his sisters.

We understand that Josh’s wife and parents might have a hard time accepting the fact that he’s a monster.

But until they do so, they’ll continue to be undeserving of sympathy.