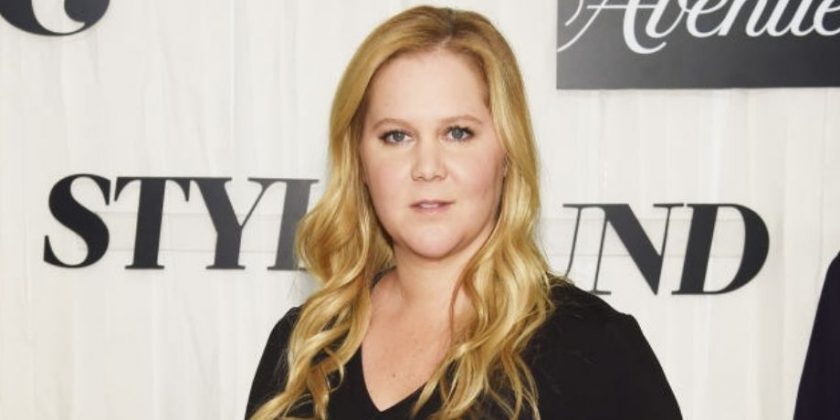 She has urged other celebrities to boycott the halftime show.

Comedian Amy Schumer has been vocal over the past few months over the NFL’s treatment of Colin Kaepernick.

Kaepernick, a former San Francisco 49ers quarterback, began to sit, and later kneel, during the playing of “The Star-Spangled Banner” in 2016. The 31-year-old’s aim was to raise awareness of racial injustice in America. But his protests have led to him being a free agent ever since.

Schumer has been encouraging her fellow celebrities to boycott the Super Bowl LIII’s halftime show. The 37-year-old posted a note to Instagram on Wednesday pushing back against the “out of touch white guys annoyed by me standing up for what I believe is right.”

The comedian also expressed relief that next year’s half-time performers, Maroon 5, are reportedly having difficulty finding guests to join them.

“No one is stepping up to perform,” she said. “Maybe they wouldn’t have anyway. But at least I tried to help out and do what other people are too greedy or afraid to. Would you do that to stand up for people of color?”

Although Kaepernick has made it clear his kneeling protests were to highlight racial oppression and police violence, some have chosen to interpret his actions as “anti – American.”

Amy ended her note to her 7.6 million with a dig at sports writers who have been critical of her protest.

“I will continue to do everything I can,” she said. “Even with all the snide little white sports writer making cutting remarks.”

Meanwhile, the Snatched actress has been forced to take it easy the last few weeks after suffering hyperemesis gravidarum. The condition is a form of extreme pregnancy-related nausea. Schumer, who is expecting her first child with her husband, chef Chris Fischer, took to Instagram on Friday to share a photo of herself laying on a couch with an IV in her arm.

“Am I glowing? #hyperemesisgravidarum,” the stand up comedian star joked about her appearance.

The mom-to-be has been previously forced to cancel her tour stops because of her health. But she assured fans on Friday that her scheduled shows are still on.