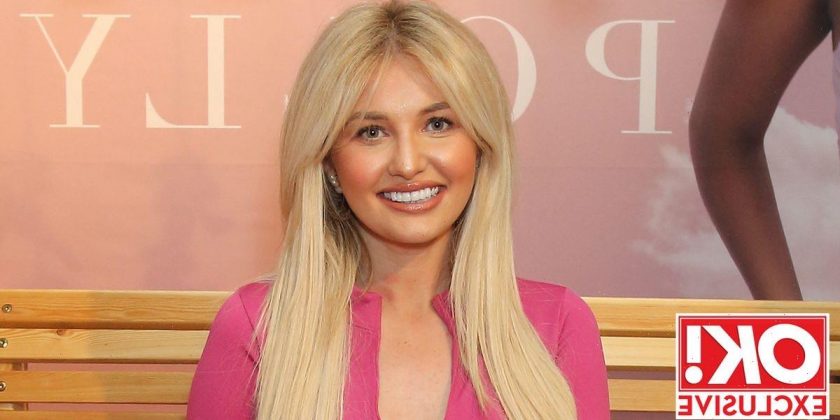 Amy Hart has opened up on her egg freezing journey, explaining that she can't see herself going through the process again.

The 29 year old just finished another round of freezing her eggs in a bid to ensure she can have biological children in the future. However, the former Love Islander was left disappointed after only being able to get seven eggs collected, bringing her total up to 12.

Now, the reality star has spoken out on how tough the process was this time and has told OK! Online that she won't be going through this again.

"It was different to one, two and three because I was on a lot more medication," she explained, before revealing how tired, bloated and emotional she became.

She said: "It was like an emotional rollercoaster, being on that much medication and also having to try and work at the same time. Because before I always did these during lockdown, so that was quite different. Obviously, having a boyfriend as well, bless him, having to put up with me."

Amy said it felt like an "anti-climax" to only get seven after being well taken care of and being on four different types of medicines.

The TV personality, who recently opened up on her relationship with new boyfriend Sam, went on to share exactly what doctors prescribed her and the impact they had on her body.

"I had two stimulants, which is Gonal F and Menopur for the first week and originally that was supposed to be it," she said.

Amy continued: "They were going to collect it at the end of the first week, which is what I had last year. But then they were like, 'No, actually we want to keep going,' so they kept me on the Menopur and the Gonal F and another medication that basically stops the message from your brain telling the ovaries to stop. Then I had my trigger injections, which triggers the release of the eggs so they can collect them."

While she had complete faith in the the process it takes to freeze eggs, she explained that it took a toll on her as she was left bruised, bloated and tired from the painful injections.

She explained: "I trust the process, but I don't know why this time I'm so much more bruised. My injections were actually really hurting, like last time it wasn't.

"It turns out that if you try and inject somewhere you injected before, there's scar tissue underneath it, so you can't really get in. So there were certain points in my stomach where it wouldn't go in. I put it on my Instagram and people said, 'Oh that's scar tissue from the last time you injected.' I thought, 'Oh god, a whole belly and I choose the same places'.

"The medication makes me so tired. Obviously it was only three weeks of it…"

Amy went on to share that she's done with freezing her eggs as she added: "I've accepted it but I don't want to do it again, I can't do it again. I'm done now. My egg freezing journey is over."

For all your updates on Amy Hart, sign up to our daily OK! newsletter.