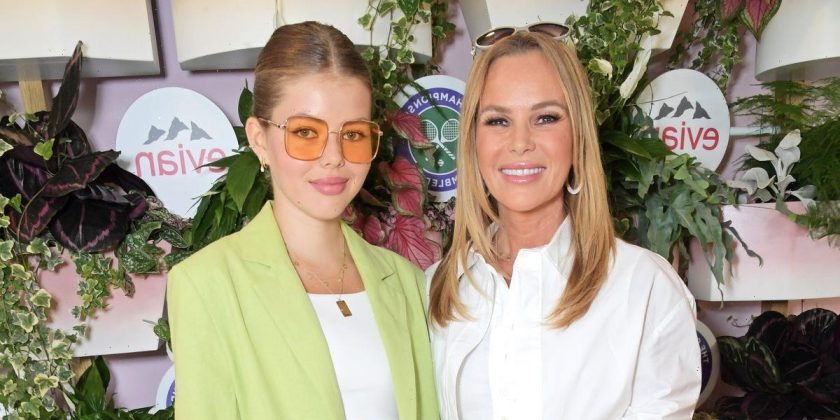 Amanda Holden confirmed in an interview that her daughter Lexi is well on her way to launching her modelling career, after signing a big money deal with agency Storm.

The Britain’s Got Talent judge, 51, spoke about 16 year old Lexi’s modelling turn as she explained that she will be in “tiger mummy” mode over her daughter in her new career.

Amanda told Fabulous magazine: “At the moment, Lexi’s learning her craft — how to pose, how to walk. And then we will release her into the modelling world.

“But she’s super-excited and has the right mentality — she’s very unfazed by things, is not easily impressed, and doesn’t suffer fools.

She added: “All of those qualities Chris and I have, so she’s been brought up like that. She’ll be looked after because she can look after herself pretty well. And she’s got a tiger mummy and a daddy as well.”

Lexi is still undecided on what type of model she wants to be, whether that be a runway queen or cover star, Amanda shared, as she added that the teen won’t be embarking on modelling until she’s completed her education.

The proud mum said her daughter wants to "embrace the entire thing when it happens", whichever direction she ends up going in with her career, and wishes her all the best in her exciting new chapter.

After 31 years in the entertainment industry, Amanda is still experiencing career-firsts herself.

She announced in her latest interview that she will be launching her first make-up collection in 2023, in collaboration with make-up brand Revolution Pro.

Amanda who currently stars as a panellist on BBC’s singing gameshow I Can See Your Voice, discussed how incredibly proud she is of her own career, which has been going from strength since she turned 50 last year.

On the other side of success, the talent show judge has also received backlash these past few months for wearing revealing outfits, which she addressed in the interview.

Amanda brushed off the negative comments as she insisted that she isn’t trying to dress to impress men, and listed Jennifer Lopez, Jennifer Aniston and Kylie Minogue as her inspirations, for rocking racy looks in their 50s.

The host added that she wants to push the message that glamour isn’t just for women in their twenties, but older women also, as she launches her make-up line next year.