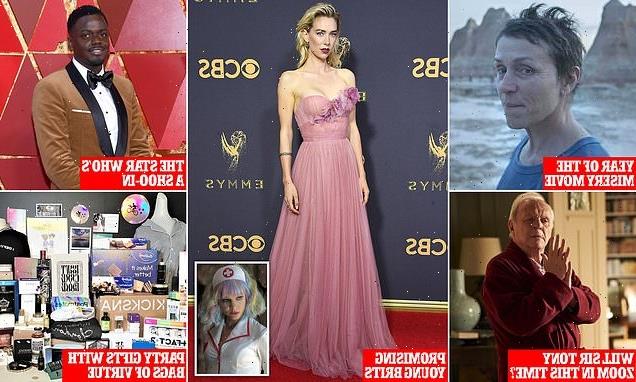 Welcome to the weirdest and wokest Oscars ever: Tomorrow’s Academy Awards will have just a handful of guests, no champagne or parties — and the worthiest films imaginable, writes ALISON BOSHOFF

The  93rd Academy Awards tomorrow night — with crowds of A-listers making their way up the red carpet in the late afternoon Los Angeles sunshine and then celebrating late into the night at the iconic Vanity Fair party — would usually be expected to provide a much-needed shot of glamour for the world.

But this Sunday’s Oscars might as well be renamed the Odd-scars.

For what is planned is a pared-back, part-virtual version of the ceremony in three different countries, with partying banned and a distinctly dour selection of nominated films to boot.

Factor in a frazzling time-zone difference — the ceremony starts at 5pm on Sunday U.S. time so it will be after 1am on Monday in the UK before a single envelope is opened — and you have a recipe for a £29 million night which may make history for all the wrong reasons, as ALISON BOSHOFF explains . . . 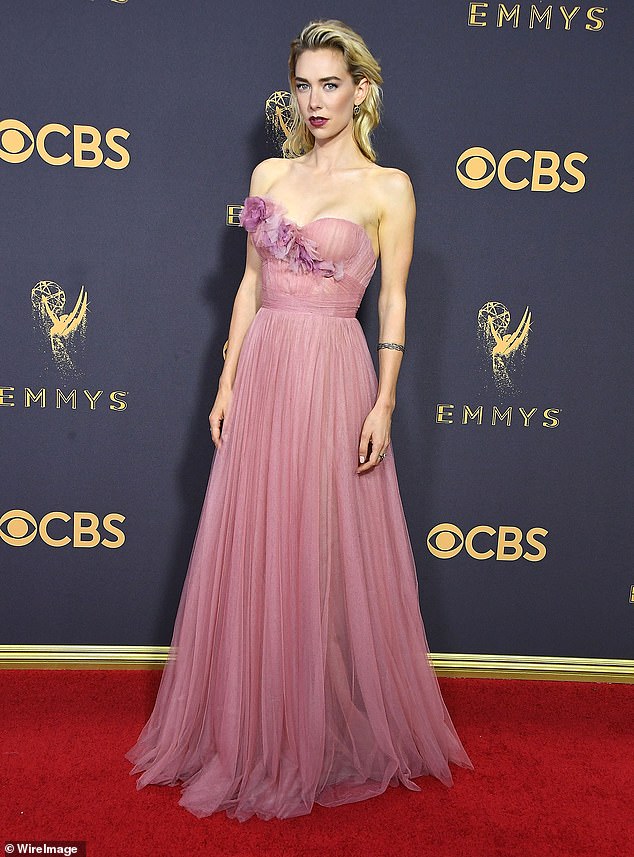 Vanessa Kirby, pictured, is expected to attend a satellite hub of the Oscars in London

The producers are urging nominees to show up at the LA ceremony which they are calling ‘an intimate, in-person event’ — nothing like the famously effervescent atmosphere which usually results from 3,700 of Hollywood’s finest rubbing shoulders. This year, it is just the presenters plus nominees and a single guest each.

As is traditional, last year’s winners will be returning to present the prizes this year — meaning Brad Pitt, Laura Dern, Renee Zellweger, Joaquin Phoenix and Parasite director Bong Joon Ho will be at the LA ceremony.

Other presenters include Halle Berry, Harrison Ford and Reese Witherspoon.

The audience capacity will be capped to 170, with those in the crowd suffering the indignity of being rotated in and out of the ceremony at Union Station to maintain social distancing.

Because the awards are being treated as a TV or film production, actors do not have to wear masks when on camera, but must take at least three Covid tests in the days leading up to the ceremony.

As for guests at the two satellite locations, in London and Paris, these poor souls will endure the night without as much as a glass of champagne to sustain them.

At the London hub, the British Film Institute on South Bank, only a handful of stars — Emerald Fennell, Vanessa Kirby and Olivia Colman — are expected to attend.

And the venue is… a railway station

Although this is the fourth time the Oscars have been postponed — previous reasons include the assassination of Dr Martin Luther King in 1968, LA flooding in 1938 and the attempt on the life of President Ronald Reagan in 1981 — it’s the first time it’s been held at a railway station.

The ceremony will be staged outdoors in a courtyard at Union Station in Los Angeles. Although it will be lavishly decorated, it’s a far cry from Tinseltown’s Dolby Theatre, which has hosted the awards since 2002. 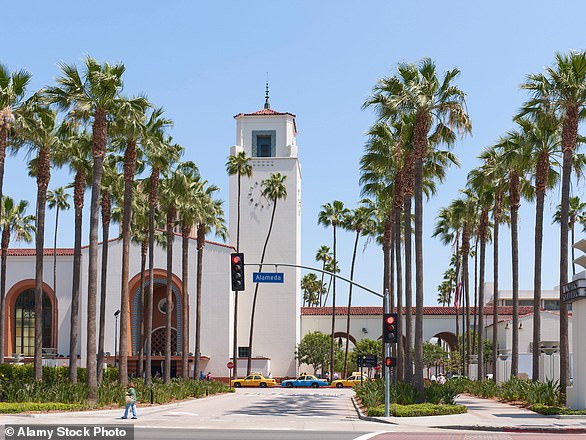 The Oscars are being held at Union Station in Los Angeles, pictured, for what is planned is a pared-back, part-virtual version of the ceremony in three different countries, with partying banned and a distinctly dour selection of nominated films to boot

The Oscars red carpet — generally thought of as the most influential catwalk in the world — will be ‘teeny tiny’ according to organisers with only three photographers and three film crews allowed.

However, they are anxious that sartorial standards should not slip. In an email to attendees, they say they are ‘aiming for a fusion of Inspirational and Aspirational,’ adding: ‘Formal is totally cool . . . but casual is really not.’

Celebrations will be online-only. A virtual ‘Night Before’ party will feature performances by singer Macy Gray and songwriter and nominee Diane Warren, plus a special appearance by Gary Oldman. Chanel usually throws a pre-party at the Beverly Hills Polo Lounge, but this has been cancelled and they’ve sent out gift boxes to 150 VIPs instead.

There is no Vanity Fair party. Instead, there have been three nights of virtual events, which included game shows and interviews with Glenn Close, Sacha Baron Cohen, Amanda Seyfried and Laura Dern. Some proceeds from ticket sales went to charity.

Sir Elton John generally throws a viewing party, which last year raised $6.4 million for his Aids charity. This year it’s all virtual, and Elton — who gamely plugged the event on TikTok — hopes it will raise $8 million.

The Oscars may have gone woke, but it’s not all hair shirts. There will still be party bags for nominees, worth about £250,000 each.

In this year’s will be a mixture of the practical and bizarre. They include: acupuncture sessions, a GPS for pets, three nights at a lighthouse in Sweden, a hammer to break out dogs left in hot cars, lifestyle guidance for a year, a treatment at a cosmetic surgery clinic, digital artwork, at-home vitamin infusion, a ‘Happiness planner’ journal, ‘molecular hydrogen’ water, vegan trainers and ‘intimate hemp oil’. 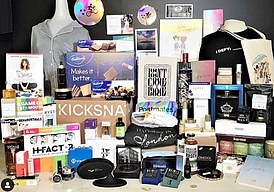 Roll up for pandemic popcorn

This year’s awards have been re-imagined by director Steven Soderbergh, who says he is shooting the event ‘like a movie’ and has been editing together interviews with all the nominees reflecting on their lockdown year. It doesn’t sound like a sparkling way to pass three hours.

Soderbergh, who won a Best Director Oscar for Traffic in 2001, made the film Contagion about a pandemic. Perhaps someone at the Academy has a sense of humour! 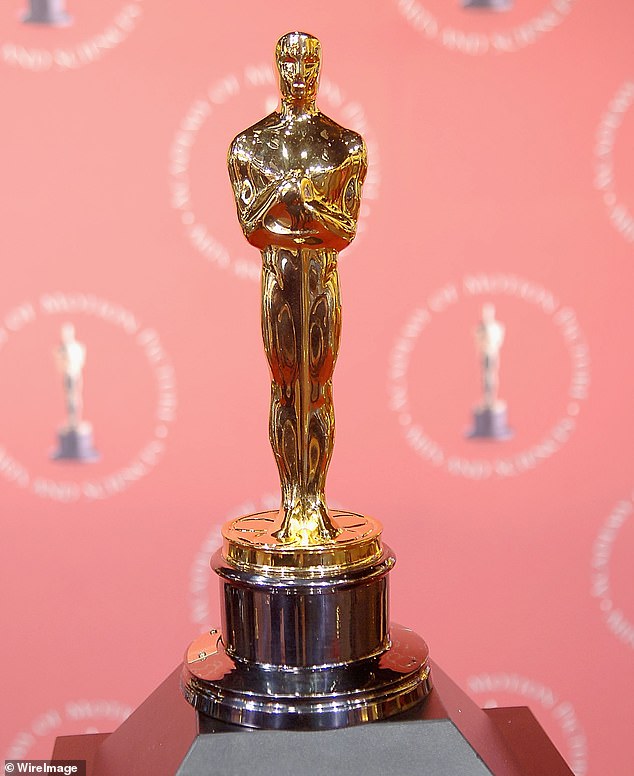 Year of the misery movie

After years of the Oscars highlighting the glitz and glamour of Hollywood, the Academy has changed tack in 2021.

Certainly, many of the films in contention — Nomadland, Minari, Promising Young Woman, The Father and Sound Of Metal — are troubling, with themes including starvation, rape, dislocation and disability.

Critics have accused the Academy of pandering to a fashionably woke agenda and TV executives are bracing themselves for disastrous viewing figures after this year’s Golden Globes and Grammys both dropped more than 50 per cent.

The unusual Oscars have hit the pockets of many businesses, which would usually make a mint from movie studios and their Oscar campaigns. Events organisers, florists, caterers and limo chauffeurs have all suffered from the scaling back of festivities.

The demand by organisers that all nominees should attend the LA event if they can has also cost studios dear, because they have had to stump up for their flights and accommodation, including time in quarantine. 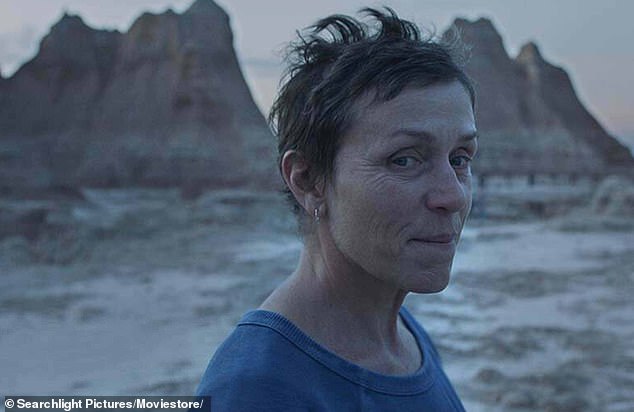 Frances McDormand, pictured, stared in Nomadland – one of the year’s misery movies

Not to mention the fact the Oscars themselves are at risk of losing money or even ending up bust.

Low viewing figures and high expenses are a recipe for financial disaster, and last year’s Oscars were watched by just 23.6 million — the lowest on record.

The star who’s a shoo-in

The pundits unanimously agree that British actor Daniel Kaluuya, 32, will be named Best Supporting Actor on Sunday night. Variety magazine said: ‘Daniel Kaluuya is the only assured acting winner. No person in modern history has lost the Oscar after winning all the televised award shows.’

He is understood to be attending the ceremony in LA, where he lives with film producer Amandla Crichlow. He’s nominated for his performance in Judas And The Black Messiah, a film about the Black Panther Party activist Fred Hampton who was betrayed by an FBI informant.

Other Brits in contention are Sacha Baron Cohen, nominated as Best Supporting Actor for his turn as civil rights activist Abbie Hoffman in The Trial Of The Chicago 7.

Wembley-born Riz Ahmed is nominated as Best Actor for Sound Of Metal, and fellow Londoner Gary Oldman for Mank.

Two of the five Best Actress nominees are Brits: Carey Mulligan for Promising Young Woman and Vanessa Kirby for Pieces Of A Woman. Both have been invited to be at the BFI along with one guest each. Joining them will be Olivia Colman, nominated as Best Supporting Actress in The Father, and triple nominee Emerald Fennell, who wrote and directed Promising Young Woman. 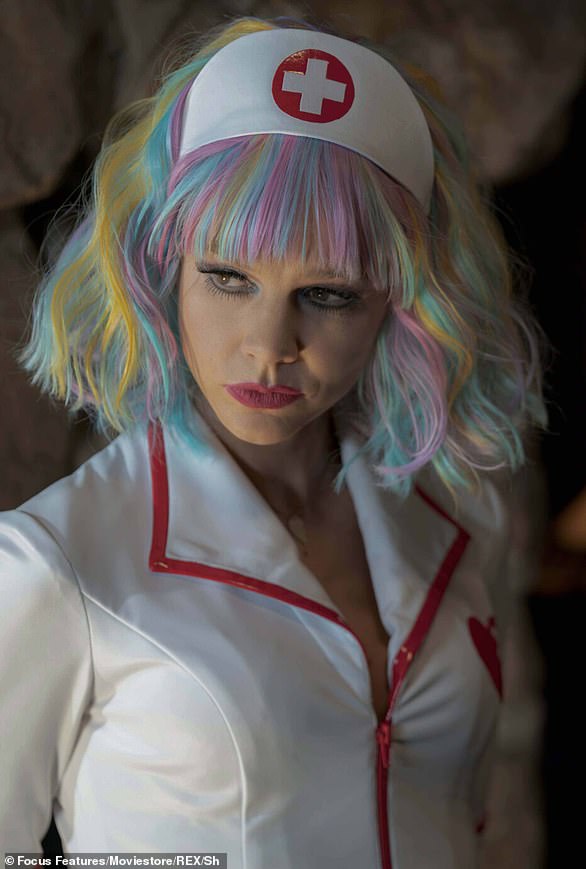 Carey Mulligan, pictured has been given a nomination for Best Supporting Woman 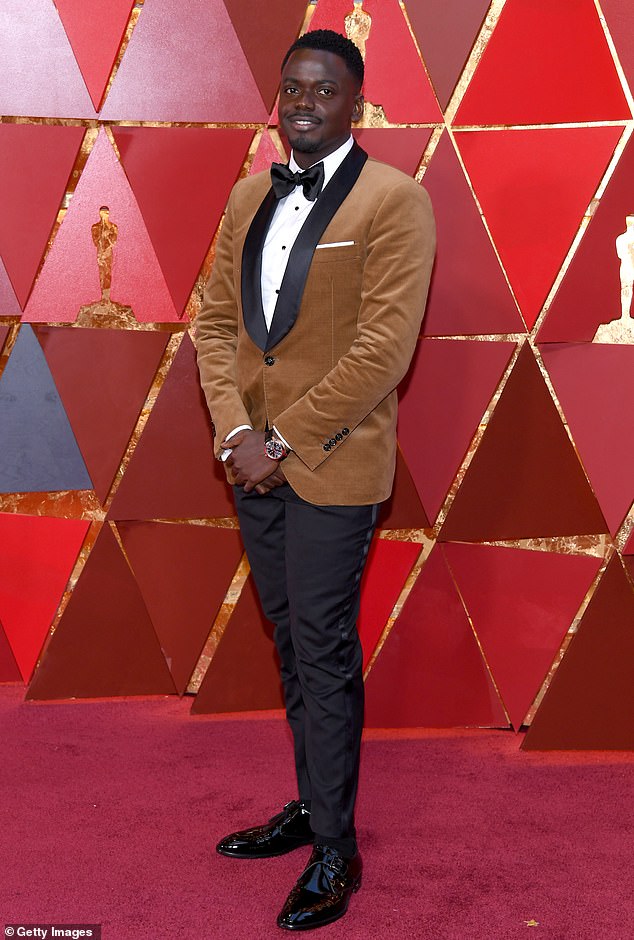 Will Sir Tony zoom in this time?

Veteran actor Sir Anthony Hopkins, 83, provided two big surprises at the Baftas last weekend — first by being named best actor for The Father, and second by not turning up on Zoom.

The organisers had assumed it wasn’t possible to have a no-show on Zoom, but Hopkins later explained he had been painting in his hotel room, and had lost track of time.

On Sunday, he will be in Wales, where he is holidaying with wife Stella, and will appear via a satellite link. Veteran actor Sir Anthony Hopkins, 83, provided two big surprises at the Baftas last weekend — first by being named best actor for The Father, and second by not turning up on Zoom