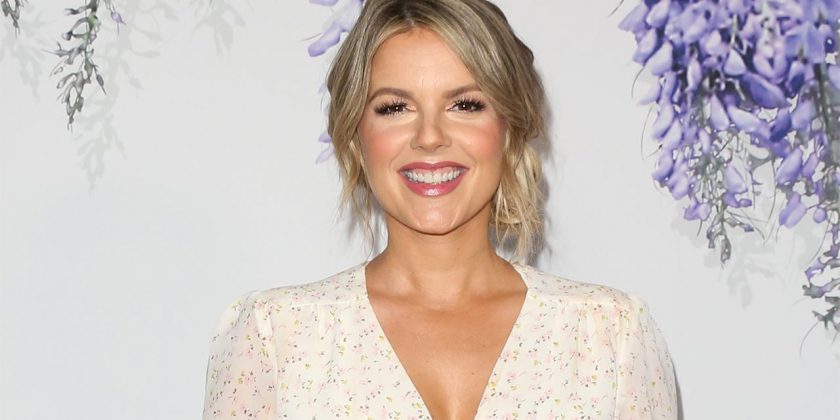 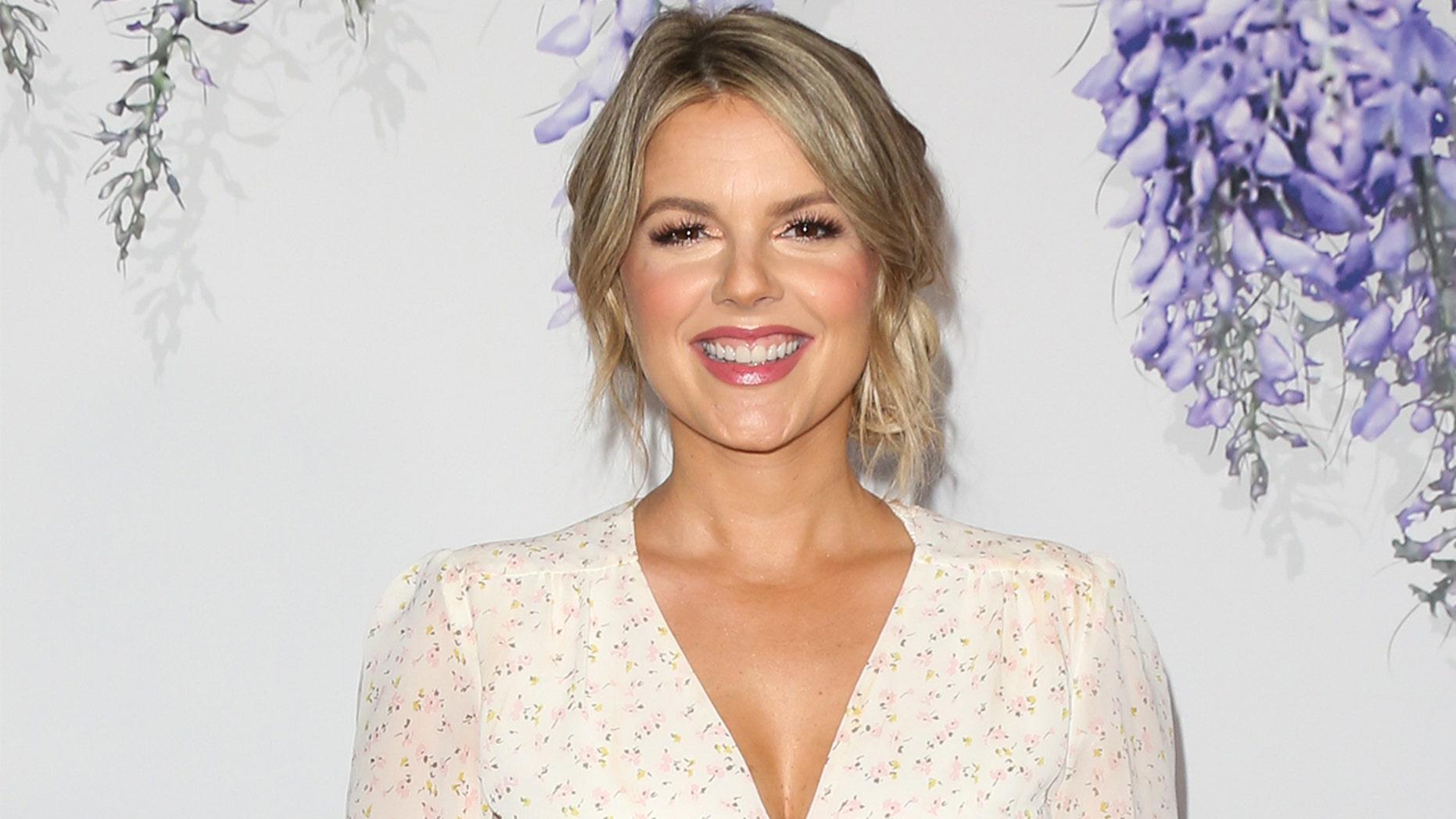 Ali Fedotowsky got candid with Fox News about her life as a new mom of two.
(Paul Archuleta/FilmMagic via Getty)

Ali Fedotowsky is adjusting to life as a new mom of two.

Speaking to Fox News, the “Bachelorette” alum — who shares 2-year-old daughter Molly and son Riley, 7 months, with husband Kevin Manno —  got candid about what it's like raising two kids under three.

“You figure when a second kid comes in it’s going to be twice as hard, but it’s not. It's like 10 times as hard or at least for me it has been,” she told us. “Everything changes.”

“Everything is harder and there’s no real break, but it’s awesome,” gushed Fedotowsky, adding that now that her baby boy is a tad older things are starting to “get a little bit easier.”

FORMER 'BACHELORETTE' STAR ALI FEDOTOWSKY: THERE WAS TOO MUCH SEX ON 'THE BACHELOR'

“He can sit up, so we can go to restaurants and put him in a high-chair, and actually do things,” the 34-year-old former reality star shared. Plus, the proud mama says her little man is now on a two naps per day schedule which also helps.

“But at the beginning, I just remember feeling completely and utterly overwhelmed and being like, ‘How are we going to get through this?’” recalled Fedotowsky. “It was such a fog, such a whirlwind.”

Looking back at when her kids were first born, the “Ali Luvs” blogger admits that it was difficult to balance everything when it came to being a hands-on parent and maintaining a relationship with her husband, all while managing a high-profile career.

“It’s very hard,” Fedotowsky said. “I think — even career aside — just being a parent, I think anybody can relate out there who is in a relationship that when you become a parent your relationship takes a back seat for a little bit. It just has to.”

The TV personality went on to explain that she does believe a healthy relationship with your significant other “should always be your priority.” But at the same time “when your baby is a newborn – to survive they have to be your priority,” she added with a laugh.

“They won’t make it unless they’re your priority. So your relationship has to take a backseat in that instance.”

However, now that her babies are a bit older, Fedotowsky says that the couple is at a point where she thinks they have to come first.

“If Kevin and I aren’t solid, then our whole family suffers, and I think that that’s very important,” she shared, admitting that it’s still “a hard mindset to keep.”

“I’m always like, ‘I’ll do anything for my kids!’ But I try to remind myself on a daily basis – and when I say kids — I include [pup] Owen… but like my husband comes first and it's always got to be that way."

One part of their relationship that is back on track? According to Fedotowsky, it took 3-and-a-half months after welcoming son Riley in May 2018, but the pair is happily sleeping in the same bed again.

“Yes! We’re back in bed!” Fedotowsky exclaimed with a laugh.

“I think [it was] the first three months, three-and-a-half months of Riley’s life because he was waking up so often and poor Kevin… he’s a radio host and he does a live show… from 5 a.m. to 10 a.m. where he has to be on a live radio show talking to millions of people all over Los Angeles like he needs his sleep!”

In order for her husband to get a good night’s rest and “save [his] sanity,” Fedotowsky suggested he sleep in a separate room while she took care of the kids, and once the 35-year-old radio host was home from work, then he would take over so she could grab some shut-eye.

“That’s the way we survived in the beginning,” Fedotowsky explained, adding that her hubby of nearly two years used to fight her on the idea, but it was all from a place of love.

“I'd be like, 'Get in the other room. Go sleep. I'm not going to let you sleep in here with me because I love you,'" she added. "But we’re back in the same room. Riley is in his nursery. All is well!”

However, when it comes to “couple time” the former reality star admits that date nights are something the pair needs to do more of.

“Honestly, I still don’t know the answer to that. I don't make sure of that right now and I need to,” Fedotowsky-Manno shared. “I definitely put him first, but our kids are always around. We don’t do enough date night things.

“We need to start doing that,” she continued. “We’ve had under 10 dates since Molly was born 20-and-a-half years ago.”

Fedotowsky, who believes the two should try and make date night a “bi-weekly” thing, notes that it is something she needs and welcomes advice on.

“I don’t know how to balance that, and keep that going!”

Although the couple is still working on spending quality alone time together, Fedotowsky is a pro when it comes to figuring out family time — even making sure to include her “first baby” — dog Owen — in the plans.

"As any parent out there, who has a dog can relate, all of the time when little kiddos come into the picture, you have to sort of divvy up your attention,” Fedotowsky, who recently partnered with Kibbles ‘n Bits, explained to us. 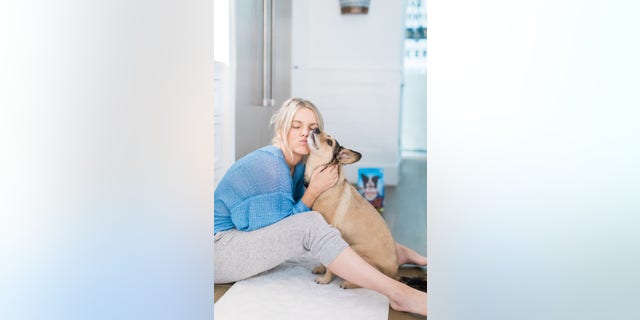 “Before it was all about your fur baby, and then all of a sudden when little kiddos come around, you have little kiddos to take care of too. So I for one, never want my dog to feel like he’s still not my little love because he will forever always be my first baby [and] we try to do things as a family so he still feels like totally involved."

One of her daughter’s responsibilities is even to feed Owen his favorite bacon and steak-flavored dish for breakfast.

“I feel like doing little things like that where you're involving your kids and your pets is a good way to get the whole family involved,” Fedotowsky shared.

“We do everything. We do family walks with Owen… I take naps, and Owen comes right along with me.”