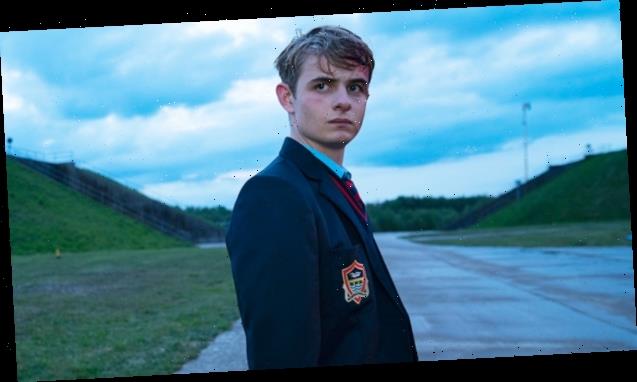 The ‘Alex Rider’ franchise is getting the TV treatment. HL spoke EXCLUSIVELY with Otto Farrant about playing the iconic action character, how the show differs from the books, and more.

Alex Rider became a global phenomenon when Anthony Horowitz published the first book in the series in 2000. The franchise now consists of 13 books, and now the coming of age spy thriller is IMBb TV and Amazon Prime Video’s newest series. The first season debuts Nov. 13 and has already been renewed for season 2.

HollywoodLife talked EXCLUSIVELY with Otto Farrant, 23, about tackling the role of Alex Rider. Alex believes he’s just a normal teenager, but he’s unknowingly been trained since childhood to be a super spy. After a family tragedy, Alex assumes a new identity and goes undercover in a boarding school called Point Blanc. Otto revealed that the show features many changes from the book series, but still has book components that fans will love. He also discussed how he got into shape to play a spy. 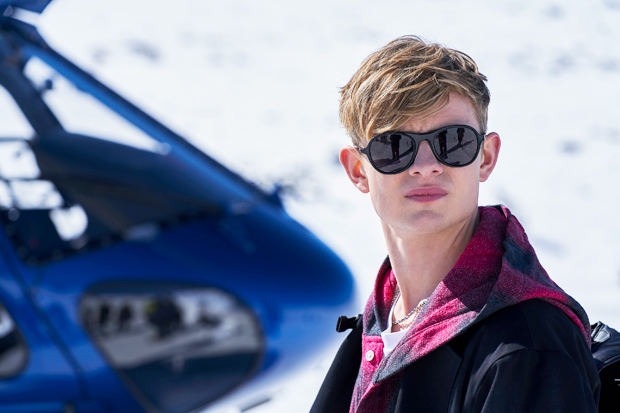 The first Alex Rider book came out in 2000. How familiar were you with the Alex Rider novel series before getting cast?
Otto Farrant: Alex Rider is a name that I’ve known since I was really young. My sibling read the books when they were younger as well. so I knew the name. It’s a global franchise. I remember I wasn’t a big reader when I was a kid. It took a lot for me to pick up a book, but Alex Rider was one of the first book series that I did pick up. I remember Point Blanc, funny enough, was actually the book. This all sounds like a line, but it’s not. Point Blanc was the book that I loved the most out of all of them just because I love being in the mountains and stuff. It speaks for itself. In terms of the franchise, it’s a great franchise, and I’m really happy to be part of it.

How does your version of Alex Rider compare to the book series?
Otto Farrant: It’s a new direction, for sure. It’s aged up, so Alex is a bit older. It’s darker, grittier, and it’s grounded in reality. Alex goes through a real emotional journey in this. That was something that we’re really keen to track, that emotional journey of losing his uncle and the grief process. But also, there’s this boy who has had very little love growing up, who is learning how to open himself up to the people around him, and learning who to trust whilst also saving the world as a super spy. There’s a real mix of fantasy and reality in that. It’s a good balance.

How does Alex take to the spy life and having to step into the role of a hero?
Otto Farrant: I don’t think Alex ever thinks about himself as a hero, or as a spy even. I think he knows that he’s capable, that’s for sure. He knows he has good instincts. His superpower is his instincts. So I think with him, he has a great moral compass, which guides him to do the right thing. Even when he doesn’t want to, he knows that he has to do it because that is the right thing to do. I wish we had more people in the world like that to be honest because we need it at the moment. That’s why he’s a hero. He’s an everyday hero. He’s humble. He wouldn’t admit to it, but he is that.

This is a very physical role. What kind of training did you have to do for this?
Otto Farrant: I did a fair amount of training. I did lots of Krav Maga, which is an Israeli self-defense training. I did climbing, working with a personal trainer, and just general fitness. I tried to get really fit running and cycling and swimming. But to be honest, a lot of it was stunts, and stunts are quite different from the training that you do. It’s a magic trick in some ways. You’ve got to look like you can do it, which is the training part, but then you’ve got to sell it on camera, which is a whole different thing. But to be honest, for me, learning those stunts and learning those skills, was some of the most fun that I had when doing the job. You’re learning about yourself in a whole different way. I’ve never been able to put that kind of training into a role, and it’s something that I dove headfirst into.

Did you do most of your stunts?
Otto Farrant: I tried to. I did a lot of them. But not all of them because some of them for insurance purposes they wouldn’t let me do no matter how much I asked. They would not let me snowboard down a mountain on an ironing board for some reason. I don’t really know why [laughs]. 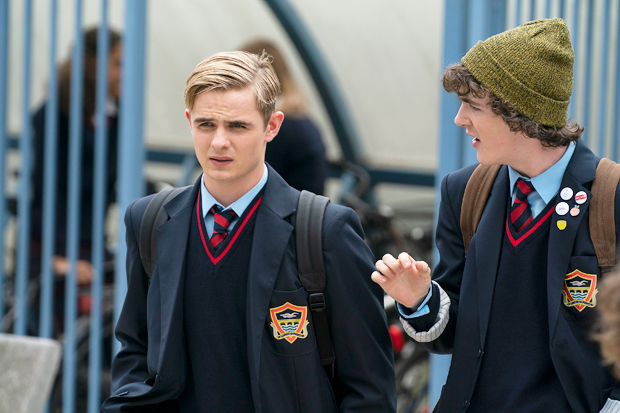 Does the first season follow the first book? Or does it take elements of multiple books in the series?
Otto Farrant: I think, obviously, we track the journey of Alex losing his uncle, which is from the first book. But this is what’s interesting… I think what the show does really well is that it breathes new life into the books. These books have been around for 20 years. There are readers who are a bit older. They’re in their 30s now, and, and they’re going to be really excited to see all these new characters that are brought to life. You’ve got Kyra Vashenko-Chao, played by Marli Siu. She kills it, and she’s such a great character that you’ve never met before. There’s a whole new level to the series that I think fans and non-fans of the book are going to love.

Alex Rider is one of those classic action characters in the same vein as Ethan Hunt in the Mission: Impossible movies and Jason Bourne in the Bourne franchise. How does it feel to be joining that group?
Otto Farrant: It’s wonderful. Playing a spy is so much fun. You get to go to incredible places. I was in Romania flying around in a helicopter around the mountains. The stuff that he gets to do is really good fun, and you’re surrounded by great people. It’s a real honor to be in that bracket.

Does the show take place in the present day or when the book was written?
Otto Farrant: It’s completely modern. It’s a contemporary take on it. But something that I know that fans will love from the books is that there aren’t so many gadgets in this show purely because the writer wanted to make sure that Alex’s greatest gadget, his greatest superpower, is his instinct and thinking on his feet. So that’s why you see fewer gadgets. In fact, the gadgets are pretty useless in the show, I’m not going to lie.