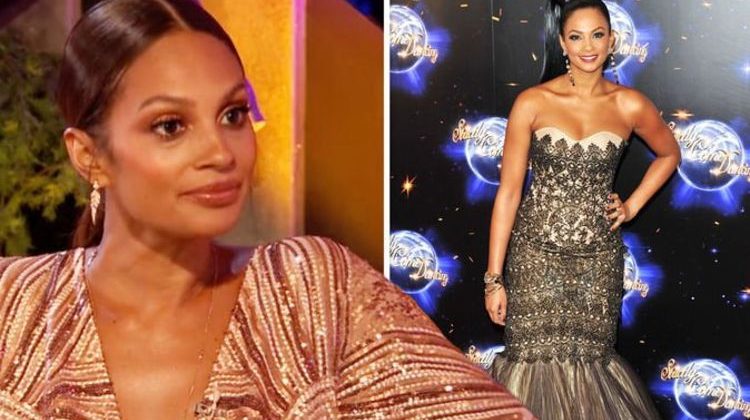 Alesha Dixon, 40, spoke out about Strictly Come Dancing amid reports that the BBC show have asked her to reprise her role on the judging panel. The Britain’s Got Talent 2019 judge was asked about the rumours by Britain’s Got More Talent host Stephen Mulhern, 42, this week. The presenter addressed Alesha as he said: “Just tell me, did Strictly try to get you back?” The former Mis-Teeq band member admitted: “No, I didn’t even hear that!”

The speculation about Alesha comes after Darcey Bussell, 50, announced her departure from the dance competition last month.

Alesha became a judge on the programme in 2009 after she won the glitter ball trophy with professional dancer Matthew Cutler, 45, in 2007.

The star initially stepped in to replace Arlene Phillips, 76, but eventually left to pursue other projects in 2012, with Dame Darcey taking over her seat on the panel.

Earlier in the ITV2 show, Alesha was reluctant to give too much away when she was asked about the gender of her second baby.

The rapper shared the exciting news of her pregnancy with BGT viewers during Monday’s live semi-final while chatting to presenters Ant McPartlin, 43, and Declan Donnelly, 43.

Following the announcement about her new arrival, Stephen was keen to find out whether the star would exclusively reveal her baby’s gender live on air. 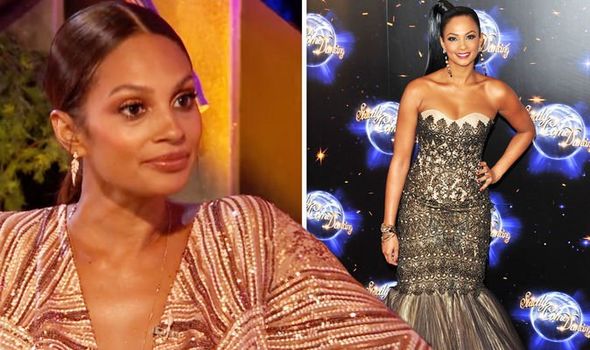 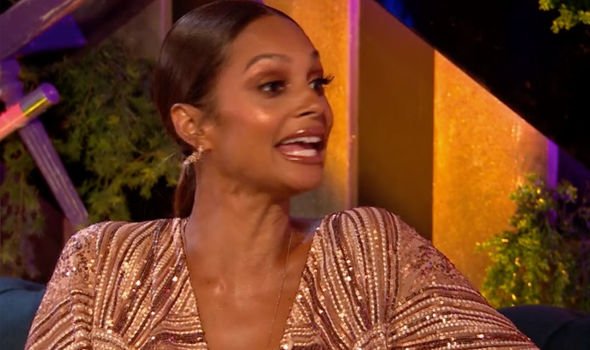 The cheeky host asked: “Can you give us an exclusive? Is it a boy, or is it a girl?”

Alesha giggled in response, as she tried to dodge the question by explaining: “I don’t know yet.”

However, the TV personality finally admitted she was “lying”, prompting Stephen to respond: “So can you tell us?”

Unfortunately, Alesha remained tight-lipped, as she replied: “I could tell you, but I’m not going to.”

Explaining her position, Alesha added she wouldn’t want to reveal any secrets because of her husband, Azuka Ononye. 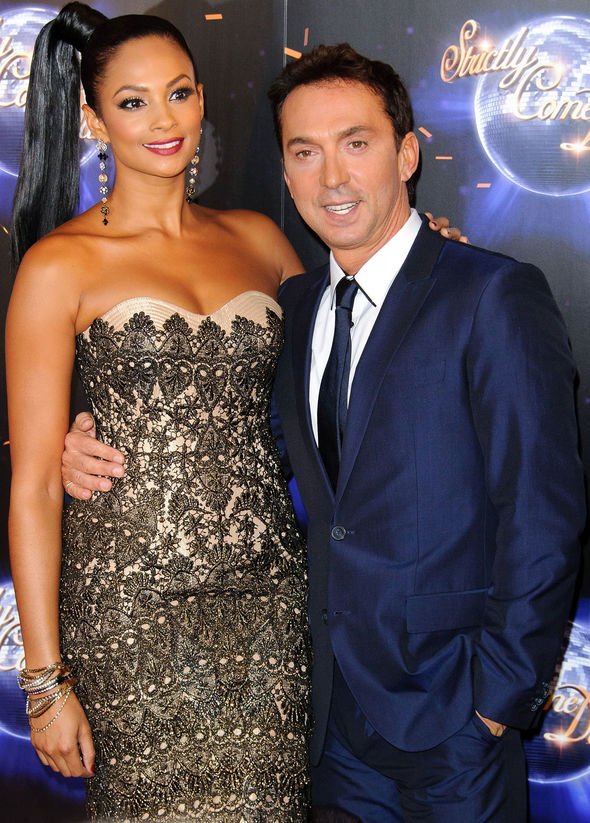 The brunette beauty continued: “Thing is, I can’t tell you because I haven’t checked with Azuka if it’s okay to tell you.”

The star will be expanding her family with Azuka, bringing a sibling into the world to join their five-year-old daughter Azura.

Alesha recently admitted to You Magazine she was desperate to have another child.

She divulged: “Not a day goes by without me longing for another baby.

“I don’t know whether it will happen given my age but I adore the idea of a large family and I hope I will be lucky.”

Britain’s Got Talent airs tonight on ITV at 7.30pm.