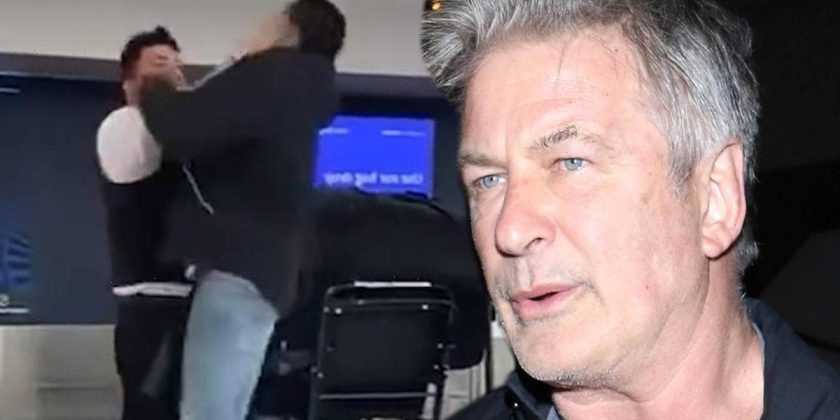 Alec Baldwin is weighing in on workplace safety — not on a film set — but at the airport, where a brutal beatdown occurred between a passenger and a United Airlines employee.

The video, which went viral Monday, shows former NFLer, Brendan Langley, lay the employee out with a nasty right hook. Langley was later arrested for simple assault and the employee was hospitalized and later terminated.

Upon closer look, it does appear the United employee was first to make physical contact with the passenger … as shown in the first second of the video.

However, Baldwin apparently sees things differently. According to The Shaderoom, Baldwin left a comment on Instagram about the video, saying, “The guy working at the airport is the victim. He came to work to do a job. The other guy, with his big mouth, is guilty of workplace abuse, where people come to work with an expectation of safety, even civility. This a**hole who hit this guy should be put on a no fly list.”

It’s interesting … Baldwin’s movie, “Rust” has been called out for work safety issues by the New Mexico Environment Dept.’s. Occupational Health and Safety Bureau. As you know … cinematographer Halyna Hutchins was accidentally shot and killed on the set.

The D.A. is still conducting a criminal investigation into the shooting and no one involved in the movie has been cleared. There are also civil suits pending.