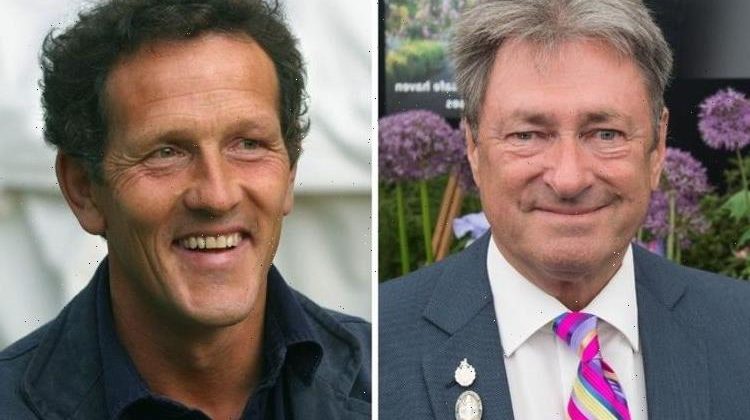 Sara Ferguson on Love Your Weekend with Alan Titchmarsh

The Chelsea Flower Show begins next Tuesday, having been rescheduled from May because of the coronavirus pandemic. The show is likely to be less crowded than previous years, after the Royal Horticultural (RHS) decided to spread the event across six days as opposed to five and reduce overall ticket numbers from 168,000 to 142,000. The most likely notable absentee will be the Queen, who is in Balmoral, as is customary for the monarch in September.

According to the RHS since her 1953 coronation the Queen has only missed ten Chelsea Flower Shows, most recently in 2005 when she was on visit to Canada.

The monarch became patron of the RHS Chelsea Flower Show in 1952 and last year said it was an event she “always enjoyed”.

The Royal Family will instead be represented by Prince Edward and Sophie, Countess of Wessex, as well as Princess Anne, the Duke and Duchess of Gloucester, Prince and Princess Michael of Kent and Princess Alexandra.

The BBC will be covering the event throughout the week, with a presenter line up of Nicki Chapman, Angellica Bell, Mr Don, Joe Swift and Sophie Raworth.

Read More: Queen felt ‘torn’ between ‘being a grandmother’ and being the monarch

Of course, until 2013 the broadcaster’s coverage of the show had been presented by Mr Titchmarsh for 30 years.

The much-loved presenter told the Radio Times he stepped down from the Chelsea Flower Show coverage after his role as lead presenter was given to Mr Don.

He added that he was “hurt” by the corporation’s decision and was made “an offer [he] had to refuse.”

Speaking in 2014 Mr Titchmarsh revealed: “Yes, I suppose I was hurt, because I know people enjoy it as much as I loved doing it.

“But they felt it was time for a change and may well be right.

“They made me an offer I had to refuse ‒ it’s up to them, I’m not bitter.”

He added: “I was disappointed but I’m not a grudge-bearer ‒ you have to move on.”

Mr Titchmarsh, who for three decades was the unofficial face of the Chelsea Flower Show, discussed his replacement Mr Don, who also succeeded him on Gardeners World in 2002.

Mr Titchmarsh, who made his name on the BBC’s Ground Force One,  said: “He’s passionate and he gets through a lot of people.

“Good luck to him ‒ I’m not going to slag him off.

“Jealousy eats you away ‒ there’s no point.

“We’ve all had tragedies in our lives [so] I don’t see any point in whingeing.”

The lifestyle magazine programme, which is broadcast on Sunday mornings, looks to celebrate the British countryside with a range of special guests.