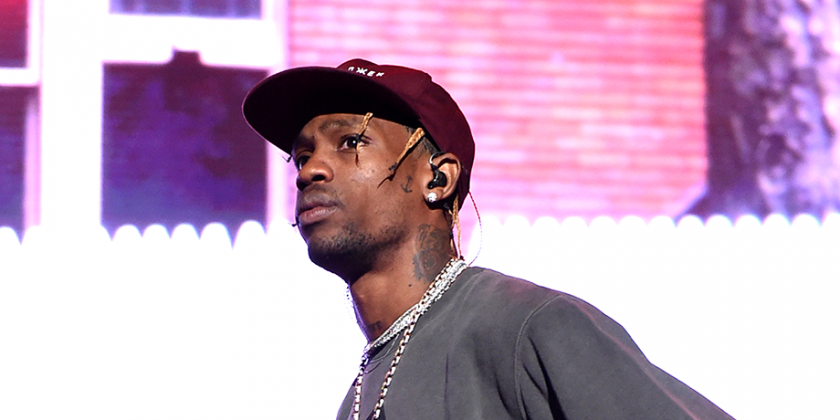 Travis Scott is reportedly looking forward to performing at the Super Bowl, but there are many public figures very unhappy with his decision to perform. Due to the ongoing racial debate about the national anthem protests, the NFL has faced heightened backlash for the past two seasons and many celebrities have refused to perform for the highly anticipated sporting event.

In support of Colin Kaepernick and the Take A Knee movement, Jay-Z, Rihanna, Jermaine Dupri, Cardi B and even Amy Schumer have turned down opportunities to perform for the Super Bowl. However, Travis Scott has agreed to take the stage with Maroon 5. Needless to say, Travis has been met with opposition and Jay-Z has reportedly tried to talk him out of it, but to no avail.

Now, Al Sharpton is blasting Travis Scott for accepting the invitation. According to Fox News, on Saturday, December 22, TMZ caught up with the famed activist and he was asked his opinion of Travis Scott’s upcoming performance. Describing the debacle as an example of hypocrisy, Al Sharpton weighed in.

“I think anyone that goes into the halftime show is in effect directly violating those that want to raise the question that the NFL should come to terms with what they have done and continue to do to Colin Kaepernick and those that protest on criminal justice issues,” Sharpton told TMZ.

“You can’t tell people to stand for those that take a knee and don’t go to the games and then say ‘but somebody ought to perform there and entertain.’ You’re drawing TV viewers, you’re bringing supporters, and I think that you can’t have it both ways,” Sharpton fumed. “You can’t help people market something and then turn around and say you agree with the people protesting.”

The latest news follows reports about multiple celebrities reaching out to Travis Scott in hopes that he would reconsider his stance. Like Jay-Z, Meek Mill and famed actor Michael B. Jordan have also voiced concerns about the upcoming performance, but Travis Scott has made it clear his mind is made up. In fact, Travis Scott also shared his opinion of the highly publicized, officer-involved shooting of Michael Brown.

According to Rolling Out, Travis Scott reportedly said Mike Brown “probably deserved consequences.” Back in 2014, the shooting sparked a media firestorm and the city of Ferguson, Missouri, was nearly destroyed after riots erupted when the officer Darren Wilson received a not guilty verdict. In addition to the upcoming Super Bowl performance, Travis Scott is also at the center of controversy for the seemingly insensitive statement.