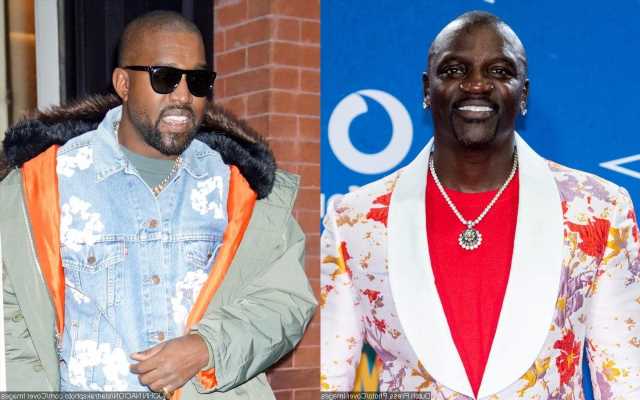 In a new interview, the ‘Bananza’ singer is asked to share his two cents on the ‘Donda’ rapper’s decision to sell his Yeezy Gap collection in trash bag as the campaign is inspired by homeless people.

AceShowbiz –Akon has weighed in on the controversy surrounding Kanye West and his decision to sell his Yeezy Gap collection in trash bags. When asked about the matter in a new interview, the “Lonely” hitmaker defended the “Donda” rapper.

Speaking with TMZ on Saturday, August 20, Akon shared that Ye didn’t need to apologize for his artistic choice. He noted that those who criticized Ye haven’t done anything to help the homeless people themselves. “Personally, I would tell those same people to take the clothes they’re not wearing, and go give it to the homeless,” the “Bananza” singer said. “Do something. You do something.”

“I don’t think anybody should ever have to apologize for anything creative,” he went on to say. “I think what you’re inspired by, or where you’re inspired by, should be irrelevant once he materialized it because that’s an idea that can make him more money that he possibly can use to create more opportunities for other people.”

Akon continued, “He says he’s doing it to put more light on the homeless. You’ve got to let him materialize that goal first… so that energy can go towards helping people.”

Kanye himself had reacted to the backlash. The 45-year-old rapper/fashion designer addressed the criticism in an interview that aired on “Fox & Friends” on Thursday, August 18. “I’m an innovator, and I’m not here to sit up and apologize about my ideas. That’s exactly what the media tries to do,” the former husband of Kim Kardashian said. “Make us apologize for any idea that doesn’t fall under exactly the way they want us to think.”

“I’m up here literally working on homeless shelters. There’s documentation of it where the city came and tore down my creations while I was doing it,” the father of four continued. “So no one can tell me I’m insensitive when that stuff that I think about every single day and actually have put my mind and innovation to.”

The criticism arrived after pictures of the multiple stuffed bags on the floor of one Gap store circulated online. “This is how they are selling Yeezy GAP. The sales associate said Ye got mad when he saw they had it on hangers and this is how he wanted it,” so read a tweet on August 16. “They won’t help you find ur size too, you just have to just dig through everything.”

Ye previously revealed in an Instagram post that the campaign was inspired by the homeless. “Look to the children. Look to the homeless. As the biggest inspiration for all design,” he wrote on the photo-sharing platform on August 12.