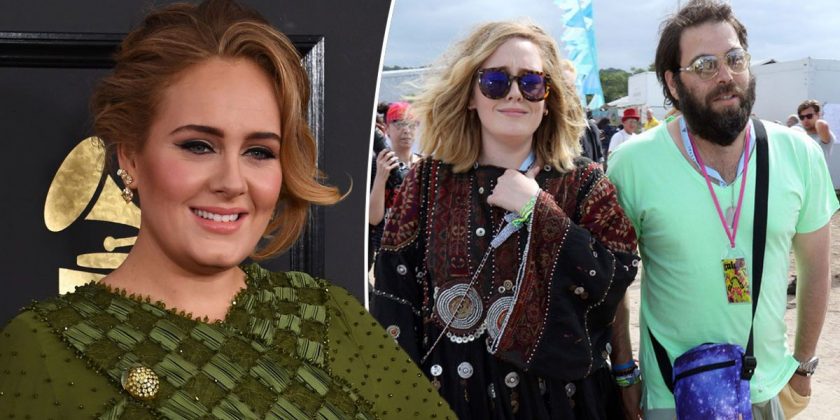 Adele’s soon-to-be-ex-husband was in touch with a former lover months before news of his split from the award winning singer was announced – according to reports.

Simon Konecki, 45 , is believed to have turned to his ex, Clary Collicutt, at Christmas as his three year marriage to 30-year-old Adele broke down.

The businessman – who runs a charity that helps source clean water in developing countries – is said to have surprised his ex when he first contacted her.

Simon and Clary grew up together in Hove, East Sussex, and his texts to the stylist are said to have continued for months.

“Clary was shocked to get a message from Simon wishing her happy Christmas, especially because the news he had split from Adele wasn’t out there, but now it all makes sense,” a source told The Sun.

“He messaged again on her birthday in February and wanted to meet for coffee in Hove but she hasn’t told anyone if she has met him yet,” the source continued.

“They have a long history. They were neighbours, then a couple for more than four years before he met Adele. They had the same friends and seemed to have a solid relationship. Clary adored him and it was a shock to everyone when they broke up,” they added.

Simon and Adele began dating in 2011 and the pair went on to wed in 2016 – before announcing their split in April this year.

It has been suggested Adele could lose half her wealth in her divorce from Simon.

It has also previously been reported the charity worker is living in Los Angeles.