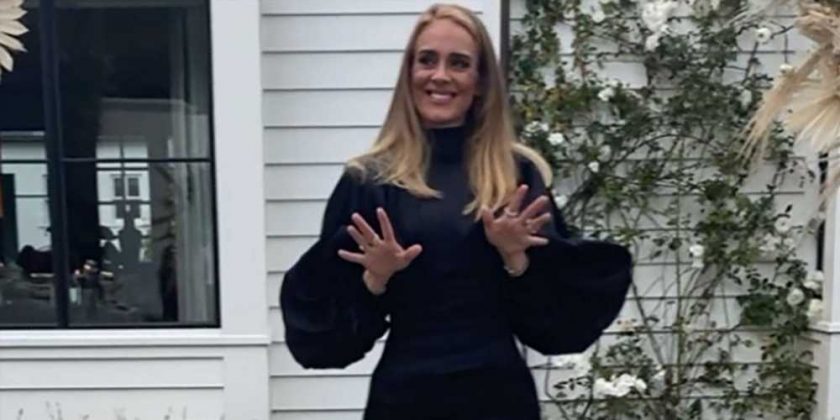 Adele was living it up during a rare sighting. The singer was spotted at Daniel Kaluuya's Oscars afterparty on Sunday night following his Best Supporting Actor win for his role in Judas and the Black Messiah.

The "Rolling in the Deep" singer wore a glamorous green-yellow matching jacket and pants as she and others celebrated their friend's Oscar win. Adele looked to be having the time of her life as she took selfies and chatted with other guests, which at one point even included Drake.

In one video posted by the drinks service at the party, Curly Bartender, Adele had the aux, saying, "I'm the DJ, here we go!" The star selected "I'm Real" by Jennifer Lopez and Ja Rule. She started dancing and singing along to the track, and the other guests also jammed to the certified bop.

"For all the Adele fans that have been so nice here's a little clip of when we went from the Oscar's after party to the After after party," their Instagram caption read.

Kaluuya's co-star in Judas and the Black Messiah, Amber Chardae Robinson, also documented the party and posted a cute selfie she and Adele took to her Instagram story.

Earlier in the night, Kaluuya won his first Academy Award for his role in Judas and the Black Messiah and gave quite the speech, during which he thanked his parents for having sex.

"My mom and my dad … they had sex — and now I'm here," he said, with the audience laughing as the camera captured his mother and sister's reactions.

Adele last made a public appearance when she hosted Saturday Night Live in October.