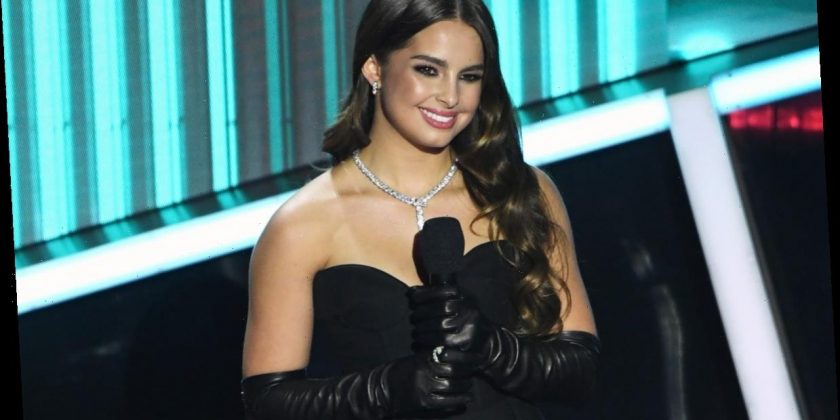 Addison Rae Easterling’s Spotify podcast, Mama Knows Best, is your go-to source for exclusive behind-the-scenes details about her life as a TikTok star. On her latest episode, Easterling recounted the night she attended the 2020 Billboard Music Awards. It was her first time presenting an award, so she was really nervous, especially because there was an unspoken rule Easterling was unaware of that caused her to make one huge mistake on stage. Addison Rae’s story about messing up at the BBMAs will surprise fans who didn’t notice anything went wrong.

The 2020 BBMAs took place on Wednesday, Oct. 14. The event marked an important night for music because it featured some of the biggest performers today, like Post Malone, Demi Lovato, BTS, and more. The presenters were just as star-studded, since Cher, Lilly Singh, and Taraji P. Henson all made appearances throughout the night. Over the past year, Easterling has made a name for herself on TikTok (she’s the second most-followed account with over 66 million followers), so no wonder she was invited to present as well.

Fans probably didn’t notice, but Easterling accidentally slipped up while presenting the Billboard Chart Achievement award to Harry Styles. The star explained the whole story on her Mama Knows Best podcast. First, she admitted presenting was a "little stressful" because she had an outfit change right before going on stage. Then, there was also the fact no one was actually in the audience, so Easterling was all alone. Being under a lot of pressure caused the star to second guess herself while reading the prompter. "I was just overthinking the lines when I was reading them, and then it was throwing me off. I was like, ‘Oh gosh I don’t even know where I am right now,’ and then there’s no one in this big theater, so it’s scary-looking ‘cause there’s no one in it but you’re talking, and you know the camera’s on you and rolling live," Easterling explained on the Oct. 26 episode of her podcast.

Get this: Easterling was so nervous that she forgot to open the envelope as she announced the winner, which is honestly so relatable.

"Then on the prompter it didn’t say ‘open envelope.’ It just said, ‘And the award goes to, dot dot dot dot,’ and then it says ‘announce winner’ in parentheses, so I just announced. I just said it and I didn’t even think twice about opening the envelope, which is obviously the whole point," Easterling added.

Considering Easterling is only continuing to blow up, she’ll likely have another opportunity to present an award and get it done right.