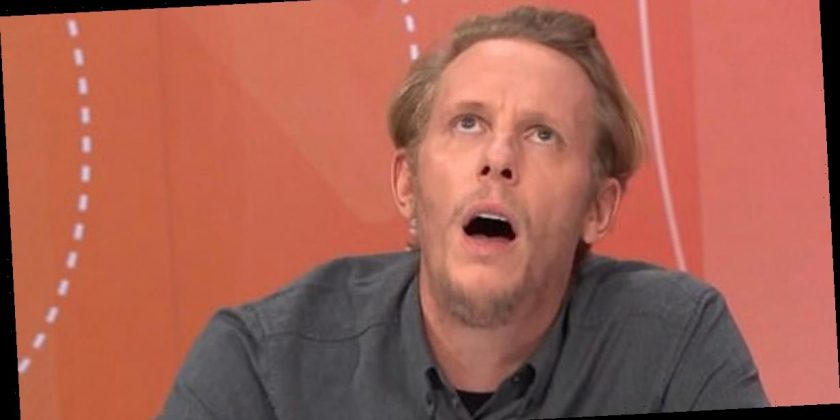 Laurence Fox has been labelled a disgrace by an actors' union after he expressed his highly controversial views on BBC's Question Time .

Appearing on the programme, the actor and musician, 41, clashed with an audience member when the heavily-discussed issue of press coverage of Meghan Markle came up.

Laurence rejected claims of racism against the Duchess of Sussex, and said it was "racist" to be called a "white, privileged male".

A woman from the audience addressed the British actor, saying: "It's racism, she is a black woman, and she has been torn to pieces."

But Laurence shut the claim down, saying: "It's not racism. We're the most tolerant lovely country in Europe.

"It's so easy to throw the card of racism at everybody… and it's really starting to get boring now."

Actors’ union Equity posted statements on online branding Laurence Fox a 'disgrace to our industry' and calling on members to 'unequivocally denounce him' for the comments.

Responding to the Question Time exchange, the minority ethnic committee said it was “extremely disturbed” that Fox had been given a platform to “berate and bully women of colour attempting to discuss issues of race and gender discrimination”.

It went on to describe Fox as a “disgrace to our industry” and said he had “occupied a highly advantaged position”, but added that he had appeared to “damn any recognition of that privilege as the very racism he claims is exaggerated when people of colour try to discuss it”.

The committee used its Twitter account to claim he was guilty of “a disgraceful playing to the gallery, a populist tirade, with women of colour being used as cannon fodder”.

“We call on all Equity members to unequivocally denounce Laurence Fox and his comments,” it added.

But Equity has quickly backtracked from the comments and deleted the tweets.

It claimed they had been published by two rogue members of its Minority Ethnic Members committee.

In response, Equity said: “These tweets were sent out by two committee members without consultation with the committee as a whole or Equity staff.

“Equity has asked for the tweets to be taken down while a more considered response to the issue is discussed.”

It comes after Lily Allen launched an extraordinary attack on Fox saying she is "sick to death of luvvies forcing their opinions on everybody else" following his Question Time racism row with an ethnicity lecturer.

The singer posted a string of messages on her Instagram , which has recently been made private, about Fox's slanging match with Rachel Boyle, an academic at Edge Hill University on Merseyside.

“BBC should be ashamed, this is not what we pay our TV license for.”

In the scathing attack, the pop star told him to “stick to acting mate, instead of ranting about things you don't know about”.