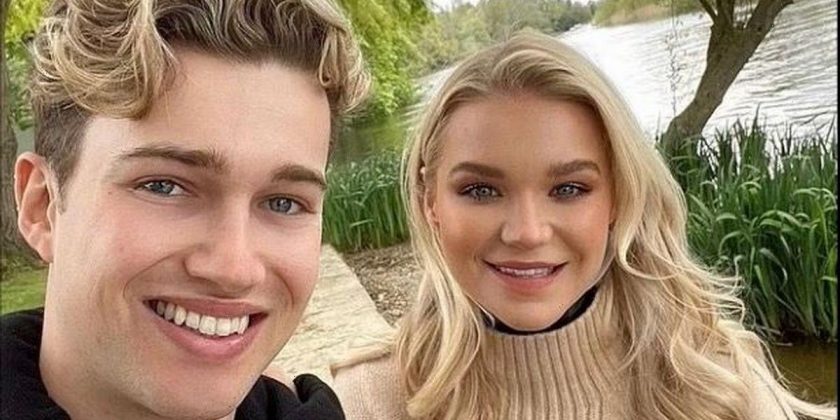 AJ Pritchard and partner Abbie Quinnen shared snaps of them looking happy and in love taking an afternoon stroll together on Thursday.

Abbie, 24, suffered third degree burns to her face and upper body earlier this year following an accident during a video hack for social media.

She and AJ were trying to turn a wine bottle into a vase when a rope caught fire and exploded on her face.

Despite the horror of her accident and subsequent trolling on social media, Abbie appeared relaxed and blissful with her partner AJ, 26, in snaps uploaded to Instagram.

"Love you like the most ever @aj11ace," she gushed alongside the two snaps of the loved-up pair enjoying the sunny day together.

It comes after Abbie spoke to Victoria Derbyshire on BBC Radio 2's Jeremy Vine Show recently and explained that while many people have been sympathetic towards her situation, others have sent her vile messages, including one who said she should have "burned to death".

Abbie also said she'd been told by one person that she's "now going to look like a waxwork model," as well as another who said: "Don't go near your niece and nephew, you'll scare them".

"It's so horrible, I just think it's really sad and I feel a bit sorry for them," Abbie said about the keyboard warriors.

In the last few months following the accident, Abbie has undergone three skin grafts and doctors have fought to treat her burns.

During a recent appearance on Lorraine with Abbie, AJ said: “Obviously when it happened you were on the floor and obviously screaming out for my name, and obviously trying to put the fire out, there was one point that haunts me all the time at the moment.”

It hasn’t all been negative reactions from fans, as some were quick to write positive messages on the recent Instagram snaps shared by the dancing duo, calling them “strong” and “beautiful”.

Abbie has been quick to warn fans not to make the same mistakes as her and to take caution when replicating videos they’ve seen online.

The brave star wrote on Instagram for her 81.8,000 followers: “I really need you all to be so careful with what you’re doing and if you’re coping any YouTube videos.”

Abbie is a professional dancer who was born and raised in London.

AJ and Abbie are believed to have first met during AJ's dance tour called Get On The Floor in May 2018 and reportedly got together after an audition for his tour and they've been together for over two years now.

She moved in with AJ and his family during lockdown and the pair look happily in love in multiple social media pictures shared with their fans.