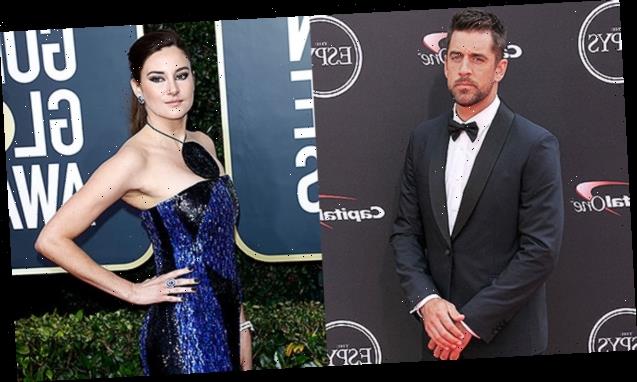 Just days after reports that Aaron Rodgers and Shailene Woodley have been ‘privately dating,’ the football star announced he was engaged while accepting his MVP award!

Aaron Rodgers, 37, is off the market! During the NFL Honors broadcast on Saturday, Feb. 6, the Green Bay Packers star revealed he was engaged. While reflecting on 2020 being a “crazy year,” Aaron then dropped: “I got engaged” in a serious, matter-of-fact tone. The comment comes just three days after it was reported that he’s dating Big Little Lies star Shailene Woodley, 29 — but the couple have yet to confirm the romance themselves. Aaron then thanked said he wanted to “thank my fiancé” towards the end of the speech! HollywoodLife has reached out to representatives for both Aaron and Shailene for comment.

Double congratulations are in order for Aaron, who nabbed his third most valuable player award from the league! “It’s an honor to win this award for the third time. 2020 was definitely a crazy year filled with lots of change and growth, some amazing memorable moments,” he said during the virtual series, which included Kevin Hart as presenter. “180 straight days of having my nose hair scraped, playing for very little fans or no stands the entire season,” he reflected. Fans have only been able to attend football games in a limited capacity due to social distancing restrictions in place due to COVID-19

“I played some of the best football of my career. So I’d like to thank first and foremost my teammates for their support, inspiration, protection and incredible play on the field,” the California native went on, shouting out his fellow Green Bay Packers. “The coaching staff for their efforts to make this fun every single week, the energy, the positivity and the daily presentations really kept us going. Off the field, I got a really great group of people that support me. So I’d like to thank my team,” he concluded.