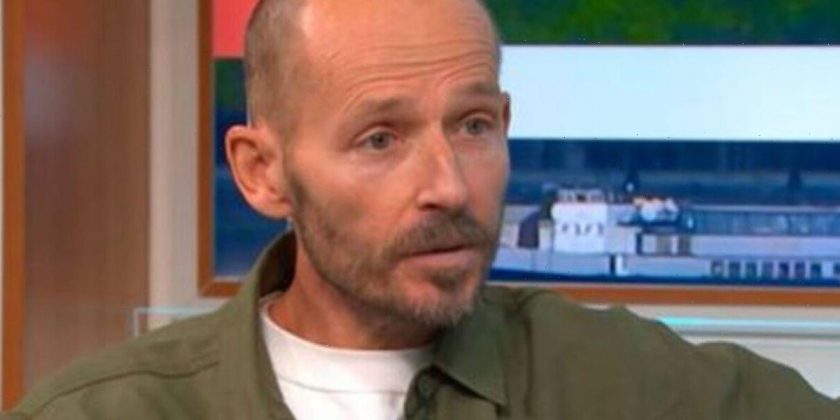 The dad-of-three, who has terminal lung cancer, has been flooded with support from fans who have described him as “inspirational”. Jonnie Irwin bravely shared the details of his cancer battle last month – as the property expert revealed he was given just six months to live after being diagnosed in 2020.

Jonnie, 49, is making the most of his time with his loved ones as he continues his battle against cancer.

The dad-of-three took to Instagram and shared a montage of family photos alongside his wife Jess and the couple’s three-year-old son Rex.

His twins, Rafa and Cormac, who are two years old, were absent from the pics.

“Nothingbtondonwith the mince pies and mulled wine on offer at all! Merry Christmas! “

The first photo showed the family smiling at the camera as they stood next to two reindeer toys, with the second photo showing Rex sat talking to Father Christmas.

The third snap was of the trio celebrating with the man in red, before another pic showed them enjoying a festive drink in a wood cabin.

The final upload saw the three of them in front of a picturesque snowy backdrop.

Social media users flooded the comment section as they gushed over the family’s day out.

Na Brown commented: “Gorgeous fun family pictures!! Your son has so much character just like you Jonny and his mother!!! May God bless you all and give you all the strength you need to get through this and he will!!! Love your pictures and updates and MERRY CHRISTMAS.”

Anne penned: “Making memories is the best – keep strong Jonnie – everyone is behind you.”

“Merry Christmas to you Jonnie and your dear family. May it be full of love, laughter and sparkle. My best wishes to you, my very best wishes,” Kevin offered.

While Nanny Dev added: “Great pictures may you continue to have strength to help you all get through this. Merry Christmas.”

Jonnie first opened up about his diagnosis in November, where he admitted: “I don’t know how long I have left.”

The Channel 4 presenter told HELLO! magazine his lung cancer had spread to his brain.

He said the first warning sign of his illness came while he was filming A Place In The Sun in August 2020 in Italy, when his vision became blurry while driving.

“Within a week of flying back from filming, I was being given six months to live,” he opened up.

“I had to go home and tell my wife, who was looking after our babies, that she was on her own pretty much. That was devastating.”

As we approach the festive season, Jonnie opened up about making memories and enjoying life.

“I’d be lying if I didn’t say that Christmas will be tricky,” he told the Sun, before admitting he doesn’t know how long he has left so he wants to “enjoy it and just spend time with Jess and the kids.”