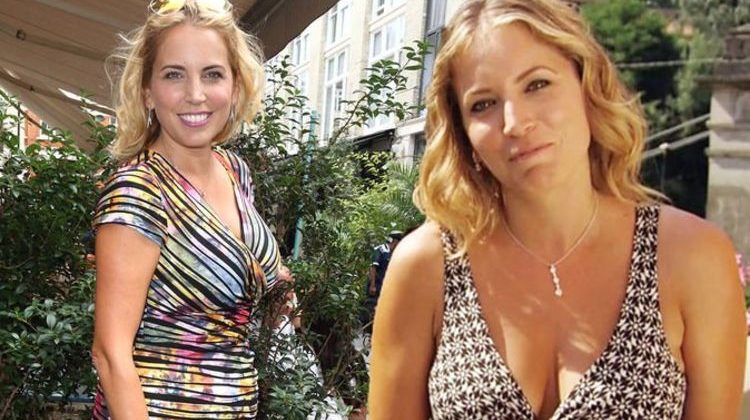 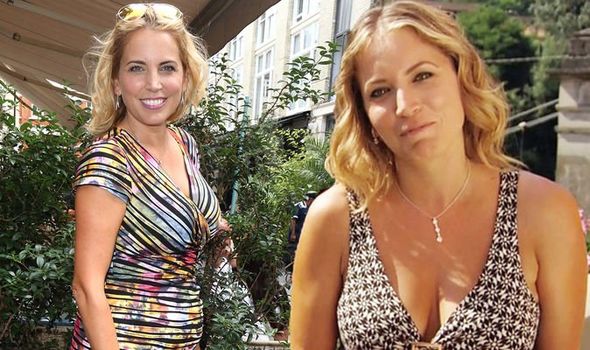 Jasmine Harman was on hand to appear at A Place In The Sun Live in London this weekend, where she was joined by her fellow long-standing co-star Jonnie Irwin. The presenter took to Instagram to reveal what goes on backstage at the event, after reuniting with her famous colleague. The 45-year-old was seen giving the mother-of-two, 43, a kiss as they prepared to go head-to-head in a challenge. The new father was seen planting a peck on her cheek as they beamed for the camera before taking to the stage.

Wearing her blonde tresses down in a natural wave, Jasmine stood out from the crowd in a bright green number.

Her dress featured pleats throughout as well as double spaghetti straps and a modest hemline.

She wore it with delicate jewellery while Jonnie looked smart in a pale blue shirt and dark jacket.

“Got more than I bargained for yesterday with a kiss from @jonnieirwintv,” Jasmine quipped in her caption, in view her 21,000 followers.

She tagged him, the A Place In The Sun official account as well as their location: Kensington Olympia.

Just hours later, the small screen favourite gave an update on what she had been tasked with: “So I’m backstage at A Place In The Sun Live and in about three minutes I’m going to do a challenge with Jonnie Irwin. 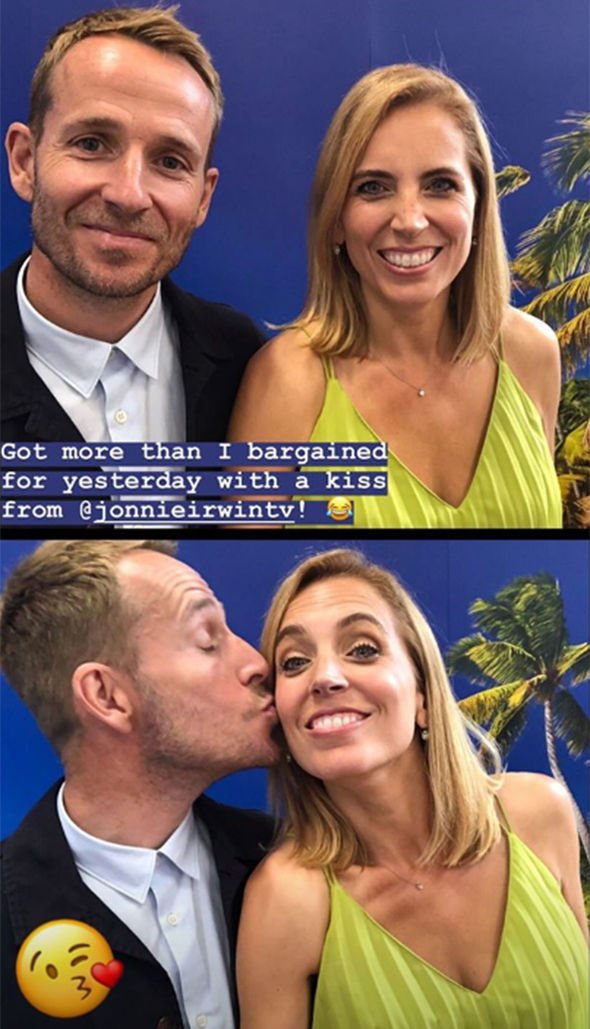 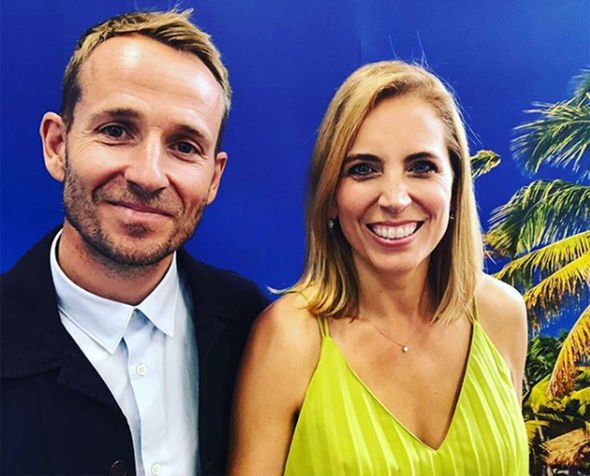 “I think it’s a pronunciation challenge, so it be honest Jonnie, you don’t stand a chance.”

Jonnie did not appear to be feeling confident at all, when he shared a short video on his Twitter and Instagram pages.

He stated: “Getting my excuses in early ahead of today’s challenge at @aplaceinthesun Live.

“If you’d like to witness my humiliation first hand then come on down to Kensington Olympia today!”

Meanwhile, Jasmine had previously revealed her “highlight” from the annual offering, with a photo of herself and two companions. 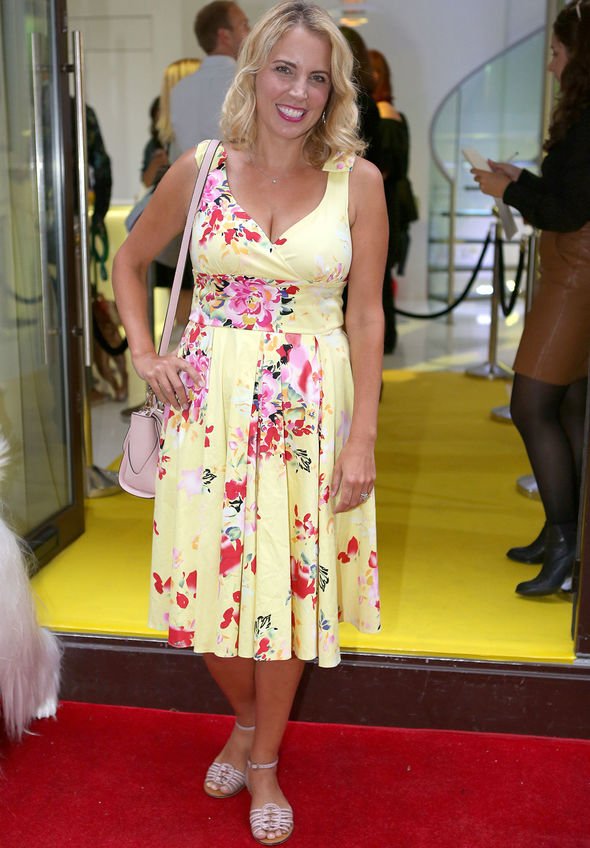 She explained: “Highlight from #aplaceinthesunlive yesterday: reuniting with Ian & Maria & hearing what they’ve done with their place in Spain!”

Turning her attentions to Jonnie, she added: “Sooooo great to catch up with @jonnieirwintv backstage at #aplaceinthesunlive today!

“We both flew in last night from location! #jetset #tvpresenters #friends @aplaceinthesunofficial.”(sic)

It comes just days after Jasmine Harman addressed Strictly Come Dancing and whether she’d like to take part.

A Place In The Sun airs weekdays at 3pm on Channel 4.