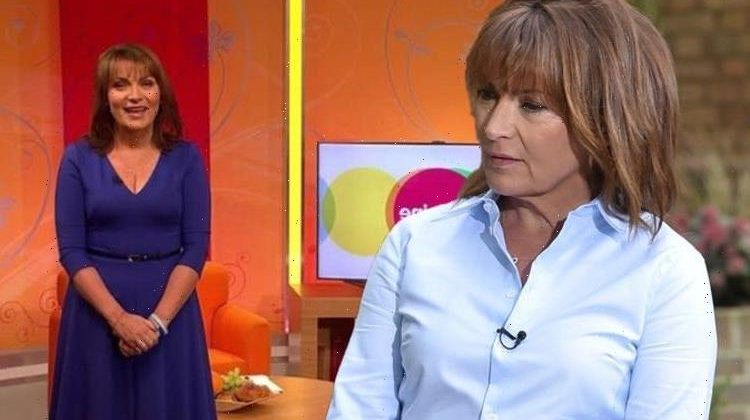 ITV presenter Lorraine Kelly has admitted the ruling that stated she was simply “playing” her on-screen persona was “a bit of a misinterpretation”. Her new comments on the situation come after a judge ruled in Lorraine’s favour against HMRC during a row over her employment status.

Lorraine, 62, opened up in an interview about her tax affairs, which proved to be a large source of amusement and criticism after a court ruling in 2019.

In March 2019, the presenter won the row over a £1.2m tax bill, after a judge ruled she was not employed by ITV, but instead performs as her “chatty” TV persona.

HMRC claimed the Scottish broadcaster was an ITV employee, but she said she was a freelancer, and, in the end, it was ruled in Lorraine’s favour that she was a “self-employed star”.

Despite the win, she did face some mocking after it was partly granted on the basis that Lorraine is an actor “playing Lorraine Kelly” on her chat show.

Speaking about the “performance” aspect of the ruling, Lorraine told The Guardian: “Now that I can laugh at.

“It was, sadly, a bit of a misinterpretation, but I knew what [the judge] meant.

“Obviously, it’s given people great hilarity and I can live with that.”

Given that one of Lorraine’s defining characteristics as a TV host is her down-to-earth personality, she went on to explain that she was keen to get “her side of the story across”.

She said that, while at one point she was prepared to pay the outstanding fee, she reached breaking point when the tax office started demanding interest on it.

She said: “I thought: no, not having this. So we took them to a tribunal and it got thrown out. The judge said it wasn’t a borderline case and we shouldn’t have ever had the hassle.

“I don’t want people to think I would do anything to get out of paying what I should be paying. That goes to the core of who I am and how I was brought up.

Kelly appealed against tax authority HMRC, and the case was heard by the first-tier tax tribunal, which was overseen by Judge Jennifer Dean.

The judge ruled: “We did not accept that Ms Kelly simply appeared as herself – we were satisfied that Ms Kelly presents a persona of herself, she presents herself as a brand and that is the brand ITV sought when engaging her.

“All parts of the show are a performance, the act being to perform the role of a friendly, chatty and fun personality.

She added: “We should make clear we do not doubt that Ms Kelly is an entertaining lady but the point is that for the time Ms Kelly is contracted to perform live on air she is public ‘Lorraine Kelly’.

Lorraine is broadcast on ITV on weekdays from 9am and on ITV Hub.