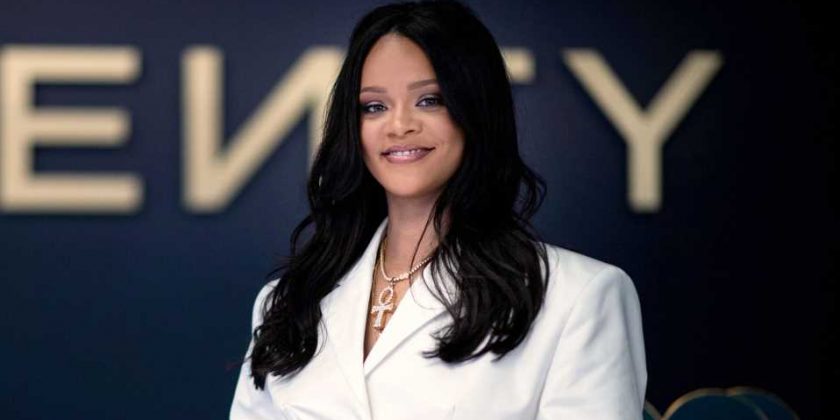 Move over Madonna! Rihanna surpassed the “Like a Prayer” songstress when she was named the world’s richest female musician by Forbes on Tuesday, June 4.

The publication estimated the 31-year-old “Diamonds” songstress to be worth $600 million, but not simply just because of her musical career. Rihanna also has a successful partnership with designer brand LVMH and is the co-owner of Fenty Beauty, which generated approximately $570 million in revenue last year, according to the publication.

The other hard-working women that trail behind Rihanna include Madonna ($570 million), Céline Dion ($450 million) and Beyoncé ($400 million).

Though her music career continues to be a big part of her identity, Rihanna is reaping the rewards of her work in cosmetics and fashion. The Barbados native confirmed her clothing and accessories line with LVMH in May.

“Designing a line like this with LVMH is an incredibly special moment for us,” Rihanna said in a statement at the time. “[LVMH chairman Bernard Arnault] has given me a unique opportunity to develop a fashion house in the luxury sector, with no artistic limits. I couldn’t imagine a better partner both creatively and business-wise, and I’m ready for the world to see what we have built together.”

Arnault also gushed over the excitement of bringing the “Umbrella” singer on board. “Everybody knows Rihanna as a wonderful singer, but through our partnership at Fenty Beauty, I discovered a true entrepreneur, a real CEO and a terrific leader,” he said in a press release. “She naturally finds her full place within LVMH. To support Rihanna to start up the Fenty Maison, we have built a talented and multicultural team supported by the Group resources. I am proud that LVMH is leading this venture and wish it will be a great success.”

Multiple sources exclusively confirmed to Us Weekly in February that Rihanna has finished recording her highly anticipated ninth album. One insider explained to Us at the time that the vocals are complete but “mastering and more behind-the-scenes stuff” are still being worked on.